This is Day 23 of my Game-and-Blog-Every-Day-in-November Challenge. Search my blog for “Daily Game Challenge” for previous entries. 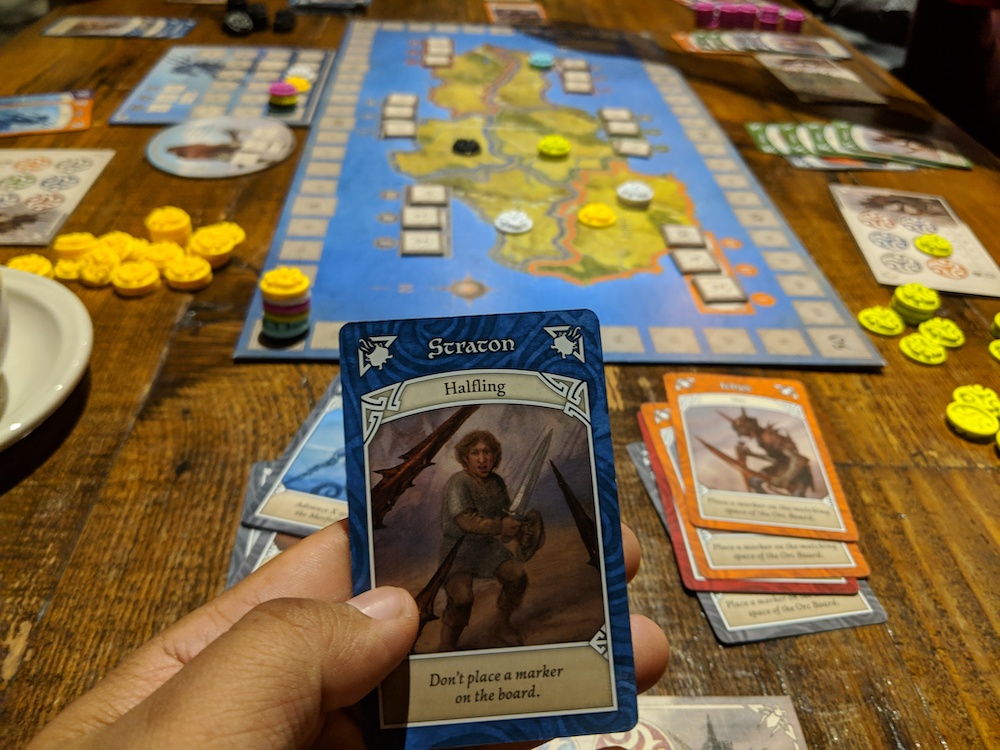 Has it really been a year since I played Ethnos? I remember liking this set collection/area control game when it was first released.

Players attempt to rule the land by using various fantasy tribes to gain control of each region. The easiest way to explain the game is that it’s Ticket to Ride meets Blood Rage. There are 12 races available, but no more than half of them are used each game, which gives it some replayability.

While there’s a Blood Rage-like area control element to Ethnos, it’s the Ticket to Ride mechanism that dominates game play. You simply take a card or play your cards to place tokens on an area. What makes this game brilliant, though, is that once you play cards, you must discard the rest of your hand to the face-up supply!

It’s the best part of the game and ramps up the tension during your turn. Hand limit is 10 cards so at some point you’re gonna have to play cards, even if you don’t want to. It also prevents players from hoarding cards.

There’s so much more to this great game, from each race’s special power/ability to the fact that even at the max player count of six it still plays quickly. I’d forgotten how great Ethnos was and while I might not want to play it all the time, I’m certainly looking forward to my next play.