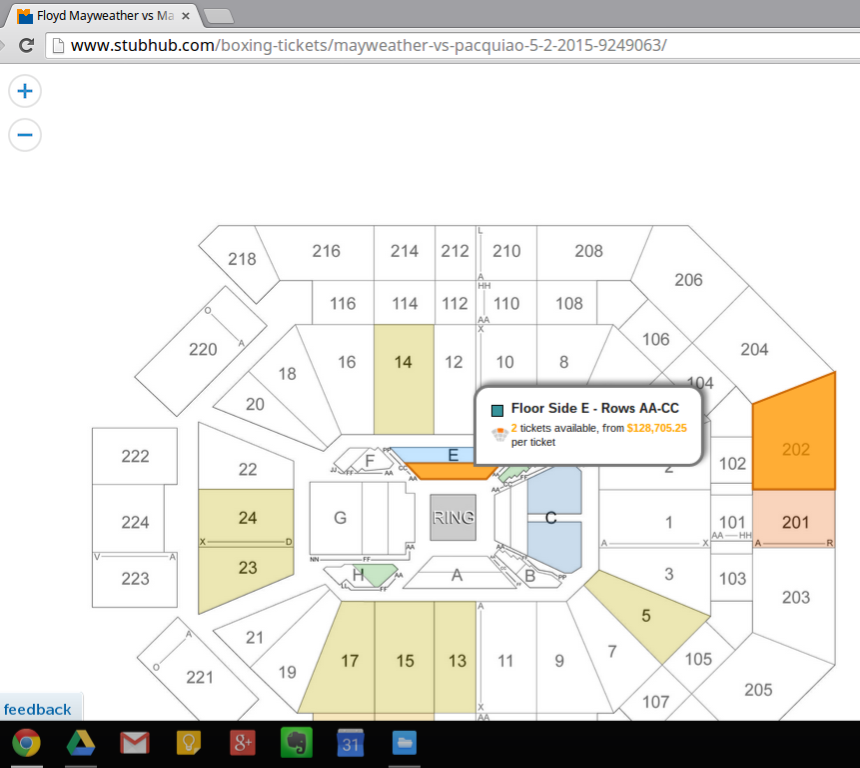 If I had 128,705 friends I could borrow a dollar from each of them and be in Las Vegas next Saturday night.

Note to self: make more friends before the next Fight of the Century.