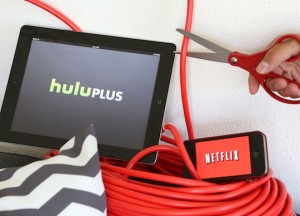 My wife and I have saved thousands of dollars since we cut cable a few years ago. We love not paying for channels we never watch and since we’ve never made it a point to set a specific TV night, we can easily get by with a Netflix subscription and Youtube videos for our video entertainment. Actually, that’s not entirely true; we love watching Jeopardy during the week, so thankfully a cheap pair of rabbit ears brings in quality digital reception of Mr. Trebek. The antenna works for the major networks and lots of minor ones, too, so there’s always something available if the need arises.

The only thing I’ve missed are sports. ESPN, Fox, Time Warner, and other cable companies have most of the games now, with the major networks only showing weekly NFL and NBA games (and the playoffs). I could subscribe to league passes, but I don’t have enough time to watch anyways.

I thought losing out on sports after we cut cable would be tough, but my favorite teams (Lakers and Raiders) are mired in mediocrity (and worse) these days. And thankfully I like listening to the Dodgers on the radio; I’m one generation removed from when listening to baseball was the rule, not the exception. As thrilling as it is to see the web gems on ESPN, I’m perfectly content listening to Vin Scully make the call.

This link is to an easy-to-use calculator to find out exactly how much money you’ll save by cancelling your cable TV service and replacing it with Netflix or other services. With so many streaming options available, there’s been no better time to do so.