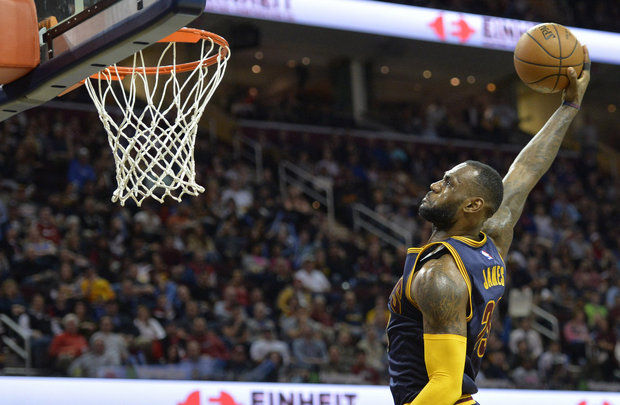 Like every NBA fan in the world, if you would’ve told me at the start of the playoffs that the Cavs would lose Love and Irving to injuries and then they would go up 2-1 against the best team in the league in the Finals, I would’ve asked you to submit to a random drug test. What we’ve seen so far through three NBA Finals games is LeBron giving a performance for the ages. He’s averaging nearly a triple double against a team that won 67 games. He’s gone beyond what I’ve been calling him for years: Magic Johnson 2.0.

No matter how the rest of this series plays out, what LeBron has done so far won’t be forgotten. He’s slowed down the game for the Cavs, who have outmuscled, outhustled, and outplayed the Warriors so far in the series. I still feel like the Warriors have enough talent 1-12 on their rosters to figure the Cavs out (David Lee played some great minutes for them tonight), but if the Cavs hold on to win a title, it’ll go down as one of the greatest upsets in NBA history.

I’m still stunned that the Cavs managed to win not one, but two games against the Warriors. I don’t know how I’ll feel if they actually win the championship. Flabbergasted? Bewildered? I’ll have to dig up my old Roget’s if that happens.