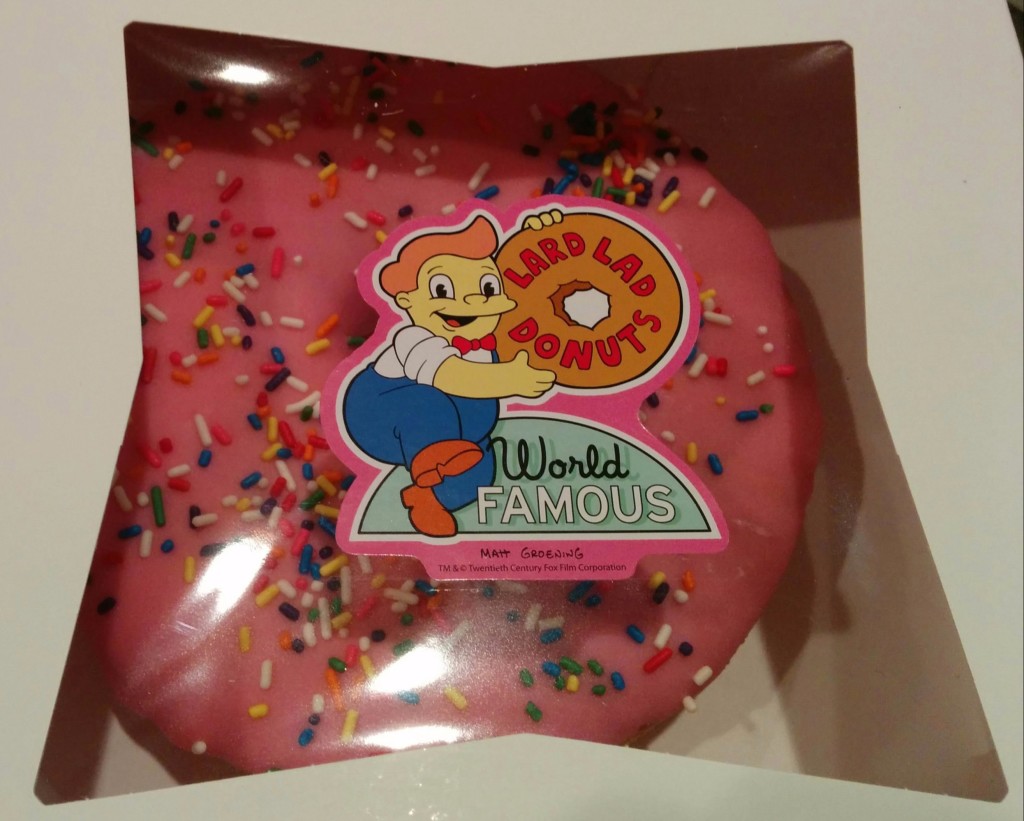 I can scratch off another thing from my unofficial Food Bucket List: a Lard Lad donut (pictured above, which doesn’t do justice to its actual size).

As a longtime fan of the Simpsons, I was thrilled when one of the attendees to our recent Game Night brought one of these oversized donuts to the festivities. They’re only sold at Krustyland in Universal Studios, so it’s definitely not an everyday type of treat.

The last time I was at Universal Studios, I was geeking out at Krustyland. The Simpsons ride was fun, but it was all of the details throughout Krustyland that I appreciated the most. The only thing open at the time was the Kwik-E-Mart, which was basically a Simpsons souvenir shop. Now there are actual Krusty Burgers and Duff Beer (!) being sold there, along with the Lard Lad donuts.

One bite of the pink glaze with rainbow sprinkles made me utter the Homer Simpsonism, “Mmm … donut.” Simpsons fans will be pleased.