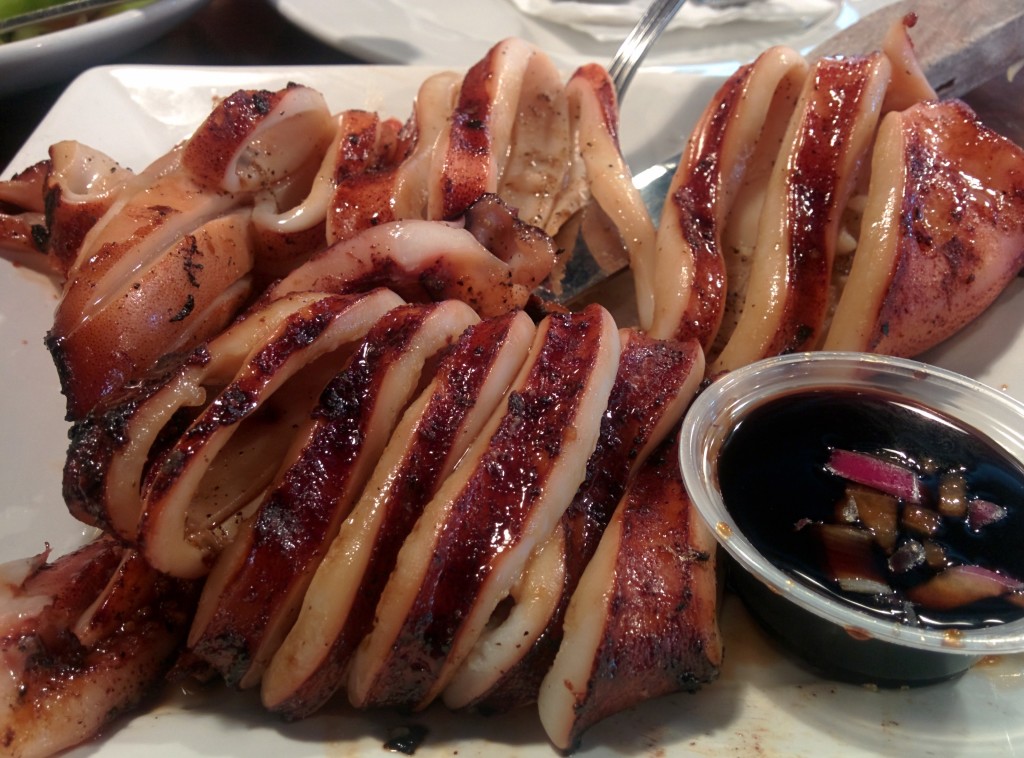 It’s been five years since I’ve been to the Philippines and one of the things I miss the most is the inahaw na pusit (grilled squid). Today, my wife and I happened to be in the Artesia area so we had an early dinner at Gerry’s Grill.

Gerry’s is known for its grilled squid and I loved it the Philippines. Their restaurant in Artesia is one of two in the U.S. (the other in Northern California) and I’ve had it bookmarked on Yelp for a while.

The interior reminded me of the Gerry’s I’d been to. We tore into the grilled squid as well as the tuna steak and wolfed down the garlic rice.

The verdict? While not exactly like the Philippines location, it’s close enough in flavor that I’ll be back soon.

I’ve also tentatively started to plan my next trip the mother land.