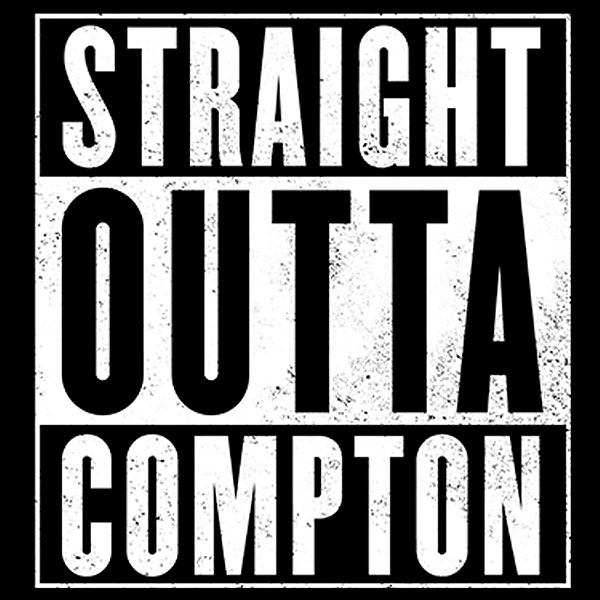 My wife and I finally got around to seeing Straight Outta Compton today. We’d tried to see it on opening weekend, but ran into a sold-out theater.

I’m still somewhat amazed that a movie about Dr. Dre, Ice Cube, Eazy-E, et. al., could be so popular. N.W.A. and the West Coast gangsta rap artists were a huge part of my late teens/early 20s; the music was always present at parties and in our cars during road trips. I expected the movie to be a modest hit.

But to think their story would be a box office smash? No way.

I liked that they didn’t clean up any of the lyrics for the movie because they’re still hard-hitting to this day, especially in light of Ferguson and other violence. Like N.W.A. and the world it it portrayed, the movie isn’t perfect. Straight Outta Compton covers a lot of ground, but doesn’t always cover everything well. Thankfully, the stumbles are few and far between.

The actors were well-cast, particularly O’Shea Jackson, Jr., playing his father, Ice Cube. It was surreal watching him on the big screen: he looks and sounds just like his dad. It was easy to get caught up in the movie, reciting lyrics I haven’t heard in years.

It seems like a lifetime has passed since those times, but the music and the story endures.