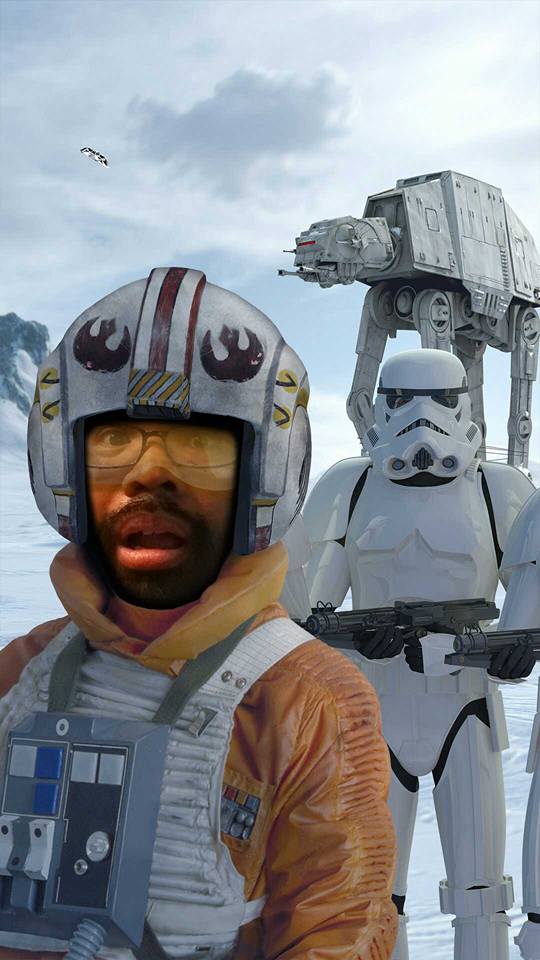 I’m enjoying the cold weather this morning on #ForceFriday, the hashtag day created by Disney to shove new Star Wars merchandise down the public’s throats.

I shouldn’t be so cynical. I’ve been trying not to get too excited about Episode VII. Thanks to social media, though, the hype has been even more insane than when the first prequel was released in 1999.

Maybe that’s why I’ve been trying to temper my expectations; the let-down of the prequels punched a hole in the franchise’s invulnerability. Fans learned that George Lucas was not infallible and neither was everything associated with the Star Wars universe. While we could laugh about Mark Hamill’s whining in the original, we couldn’t forgive Hayden Christensen for his portrayal of Anakin (and we were shocked to see Natalie Portman be so flat-out bad).

For the record, I did enjoy Episode III, despite the horrendous acting and dumb moments like this (although it did inspire this piece of Internet brilliance).