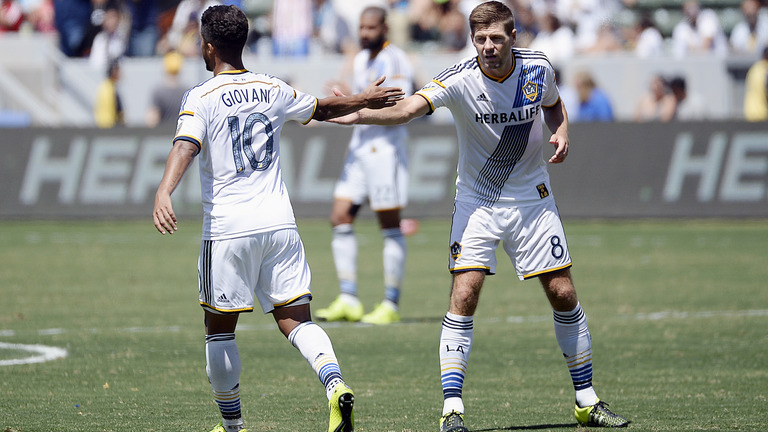 The Galaxy’s Dos Santos and Gerrard.

Unfortunately, there will be no more goals scored by the LA Galaxy this season. The #RaceForSeis is over. Tonight’s knockout playoff game was a sloppy mess against the Seattle Sounders. The Galaxy battled back early twice, but couldn’t generate much offense after the Sounders scored the go-ahead goal in the second half.

We had tickets to the Western Conference Finals, hoping the Galaxy would shake off its late-season funk. They looked shaky and the hoopla surrounding Gerrard and Dos Santos was all for nothing.

One good bit of news today, though: I reached my reading goal!

Here’s my updated list of goals for the year, including my Quest to Blog Every Day in 2015: