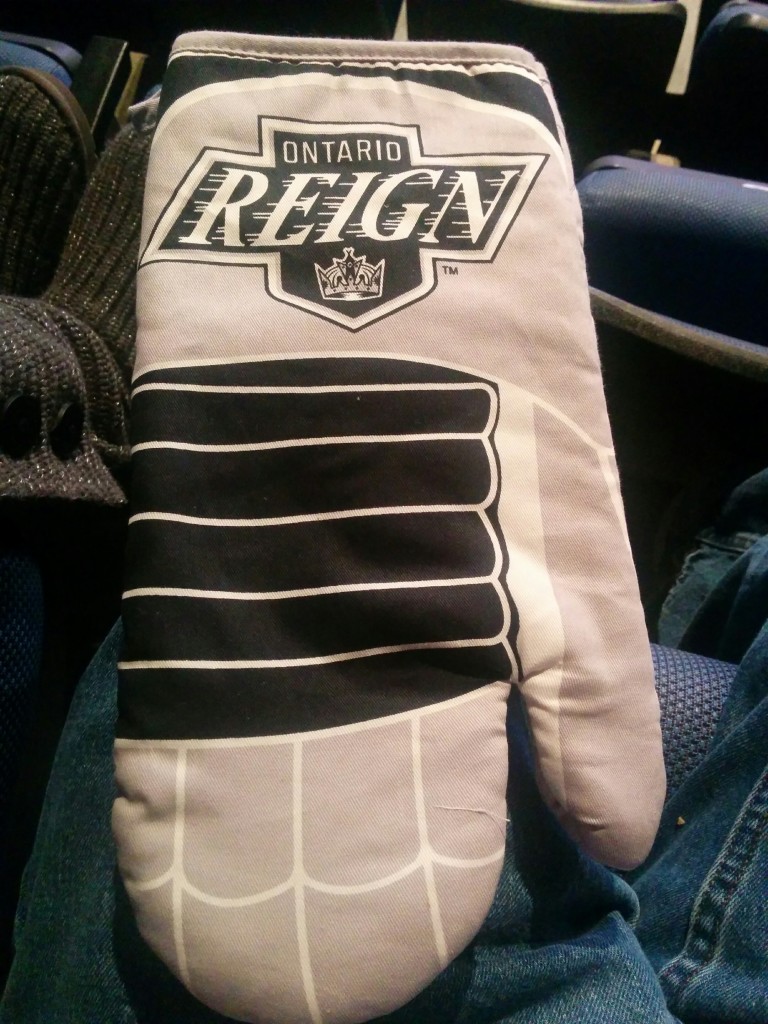 The last hockey game I attended was in the early ’90s, when Wayne Gretzky was playing for the Kings at the old Fabulous Forum. I sat a few rows behind goal and got to see The Great One do his thing. I’ll never forget how much better the game was live than on TV.

However, as much as I enjoyed that game, it didn’t stick. I occasionally watch the playoffs when the hometown Kings are involved, but outside of that I don’t really follow it.

(Side note: the number one thing I can’t stand about diehard hockey fans is when they justify their love of the sport by saying how “real men” play hockey. They play through injury, they’re tough, blah blah blah. Listen, I get it. Enjoy your sport. But when NFL games are regularly compared to car accidents and boxers/mixed martial artists practice the sweet science of causing major bodily damage to their opponents, I don’t want to hear a word about toughness.)

Fast forward to today, as my family and I scored tickets to the Kings’ minor league team, the Ontario Reign. We had a blast at this afternoon’s game. Once again, the speed of hockey is so much better in person and since this was the minor league, the arena was smaller and we could follow all of the action easily.

The experience was a first-class production from the moment we walked into the Citizens Bank Arena (much like the minor league indoor soccer and baseball teams in the area, the Ontario Fury and the Rancho Cucamonga Quakes, respectively). While it’s not the highest level of professional sports, it’s entertaining and more fan-friendly both in environment and in ticket prices.

And fans get the coolest giveaways, as shown above. Nothing beats an oven mitt that looks like a hockey glove. Go Reign Go!