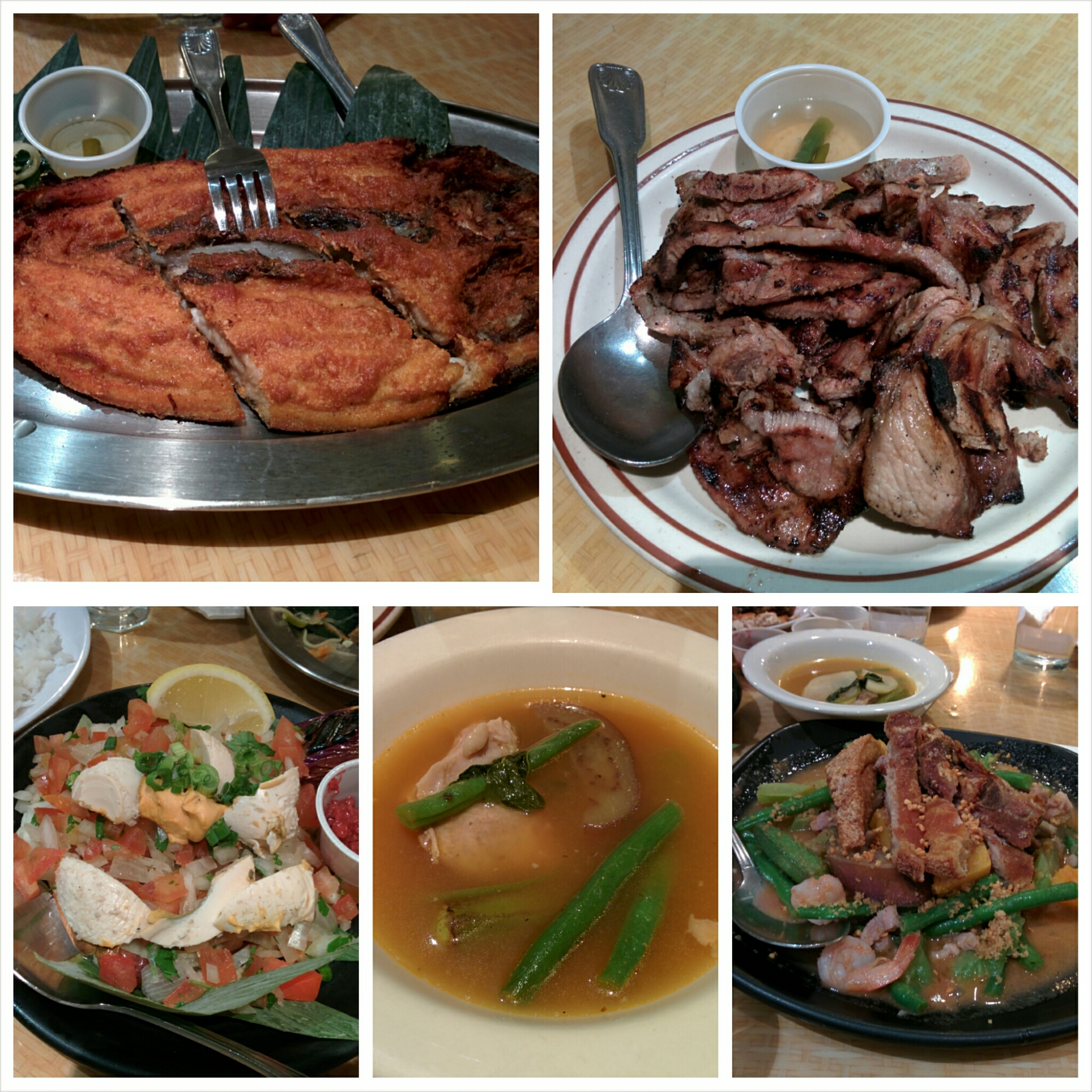 Gaviola family favorite Salo-Salo Grill was the site of another celebration tonight. Whenever we get together here, we tend to order too much food. It’s consistently excellent Filipino food, served in abundant portions. I call it The Place Where Diets Go To Die.

Clarissa Wei, one of my favorite food bloggers, recently posted this guide to Filipino food in Los Angeles. There are  some great spots listed; I’ve been to a few of them and others were new to me. I would’ve loved to have seen Salo-Salo on there, but it’s still a solid list. Newbies to Filipino food should start with her article; better yet, I’d point them to one of the Filipino-American restaurant icons of L.A.: Bernie’s Teriyaki.

Bernie’s has been serving inexpensive plates of Filipino barbecue for decades in the same location. Yes, the name suggests Japanese food, but that taste is undeniably Filipino. In fact, I prefer Bernie’s over Grill City, which was one of the places in Wei’s article. Unlike Grill City, Bernie’s doesn’t overdo it with the barbecue sauce and glaze; it’s a more subtle taste and there’s less fat on their pork sticks, which sets them apart from most Filipino barbecue.

In my family, we’re on generation three of the Bernie’s fan club.  The menu isn’t as Filipino-heavy or authentic as Salo-Salo’s menu, but those barbecue plates are deeply satisfying and inexpensive to boot. The location is ideal during baseball season: you can pick up a plate to go before making the short trek to Dodger Stadium.