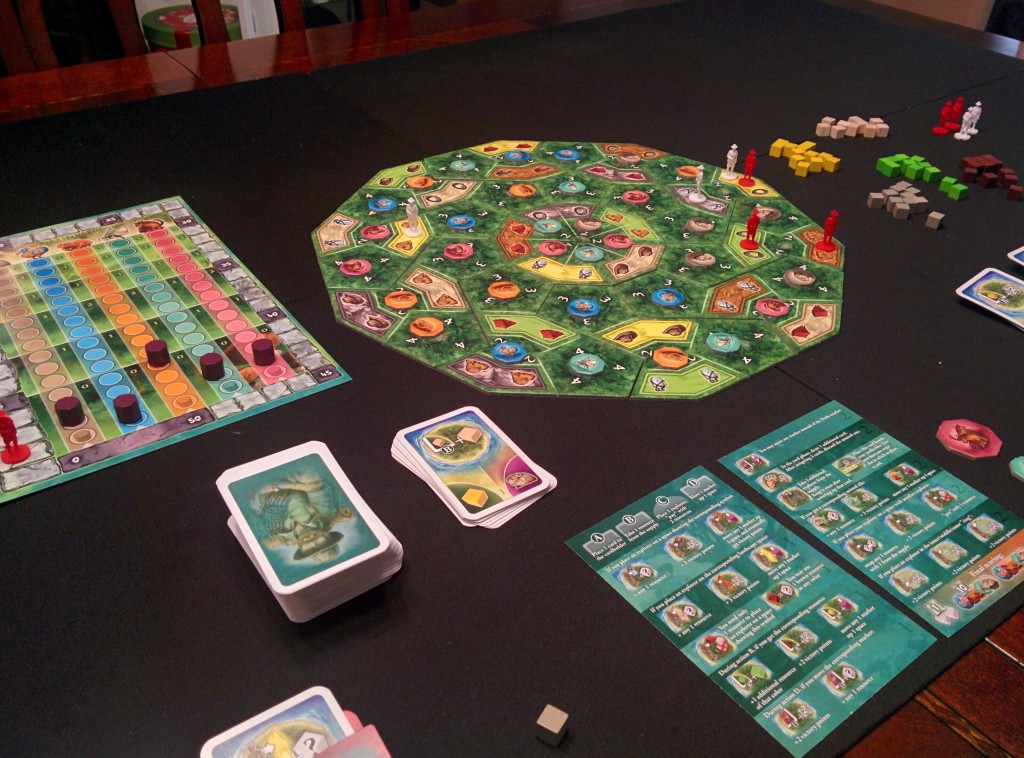 I’m on pace to reach my reading and writing goals for the year, so I’ve decided to add another goal: I’m going to do the 10×10 Challenge, which is to play 10 different board games 10 times each in 2016.

Last year was my re-birth as a gamer, which I wrote about it here, but it basically goes like this: after years of thinking game night meant poker, pizza, and beer, I purchased Ticket to Ride and Pandemic and I was hooked. I pored over boardgamegeek.com, devouring board game industry news and information, learning about games and the mechanics that made them go, and salivating at all of the games I wanted to PLAY RIGHT NOW.

I bought a few kid-friendly games like Zombie Dice and Castle Panic that I could play when my nieces and nephew were visiting and I was pleasantly surprised when they preferred Settlers of Catan and Dominion. My youngest niece isn’t interested in too many games yet, but she’s always up for a game of Sushi Go!, which we all happily play. My wife and stepdaughter got swept up in my obsession, too, and we had a few Gaviola Game Nights in 2015 (kudos to my wife for making a cool life-sized Instagram frame for our get-togethers).

When I wasn’t playing games with my family, I was reporting board game news for iSlaytheDragon.com and tweeting about my new hobby. I also started playing every week with a local gaming group and they introduced me to new games or we’d play classics that I’d missed. It’s been a godsend playing with these guys (and the occasional gal); I’ve learned a lot and played more games than I would’ve been able to had I just continued to buy games online, trying to learn them, and hoping that my family took to them as well.

Can I reach my goal of 10 different board games played 10 times each this year? I think so. If I don’t, though, then I know I haven’t had as much fun as I could have.