This is Day 27 of my Game-and-Blog-Every-Day-in-November Challenge. Search my blog for “Daily Game Challenge” for previous entries. 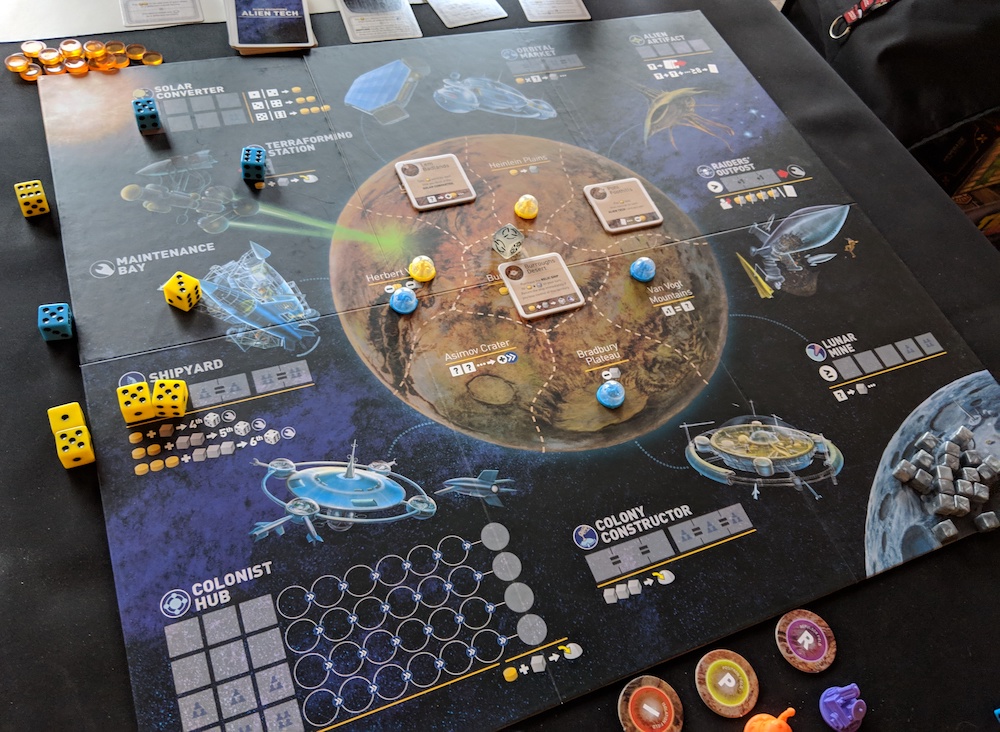 Dice chucking and worker placement are two of my favorite board game mechanisms. Put them together like in Alien Frontiers and I’m an insta-fan.

In Alien Frontiers you’re trying to colonize the alien planet by sending your ships to perform actions and produce resources, while also planning how you’re going to spend your resources. It’s basically a race to place your eight colony tokens on the planet, with points awarded for the player controlling each territory, along with bonus points for having certain cards.

I love the retro-style sci-fi art of Alien Frontiers as well. It’s a good match for the game, which is now in its fifth edition since its release in 2010.