This is Day 16 of my Game-and-Blog-Every-Day-in-November Challenge. Search my blog for “Daily Game Challenge” for previous entries. 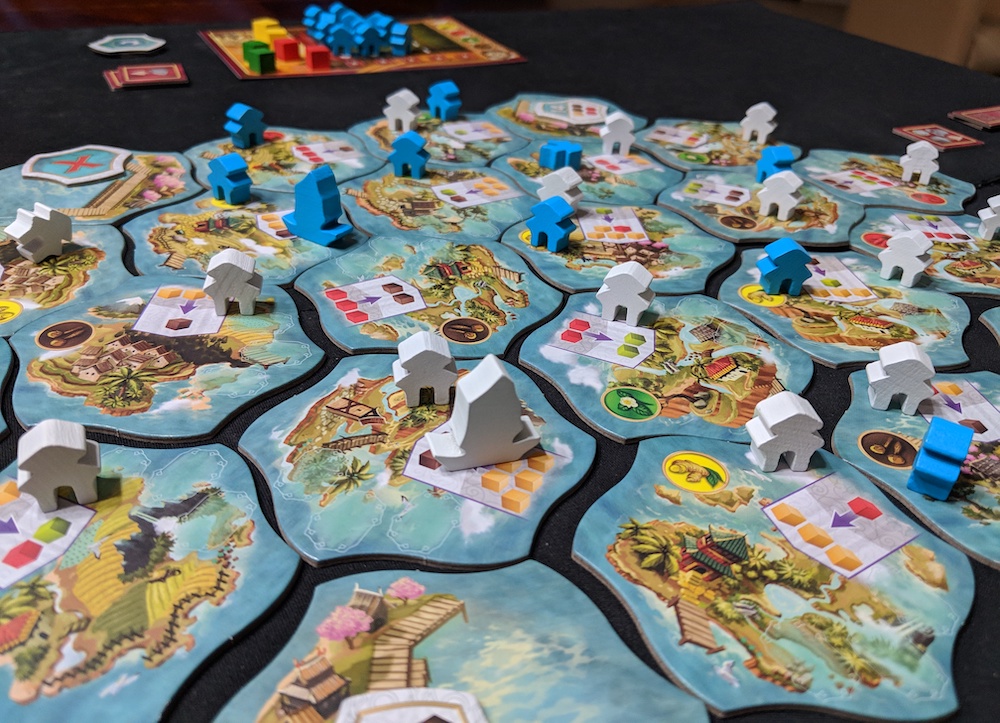 The first in the Century trilogy of games, Century: Spice Road, was a favorite of mine and my local gaming buddies. We all loved the smooth play and were all looking forward to the next game in the series.

Century: Eastern Wonders has some similarities to Spice Road, but it adds a pick-up-and-delivery mechanism to go with the engine building style of play. Like the first game, you’re trying to trade and collect spices, then deliver them to the markets for victory points.

While Eastern Wonders isn’t as elegant as Spice Road, there’s more of a game here. Along with the standard victory points, you can also uncover spots on your player board by building trading posts whenever you stop on the map. For every row that you uncover you’ll gain points and for every column you uncover you’ll gain a special ability.

I’d stick with Spice Road for new players and then introduce them to Eastern Wonders after a few plays. Interestingly enough, you can combine both games, which is what I did for my first play. I enjoyed the mash-up, but playing one without the other is probably the way to go for a more straightforward experience. I might prefer Eastern Wonders by itself, which definitely played faster without the cards of Spice Road.

I’m curious to see what the third game brings to this trilogy. So far the first two games have been solid so hopefully the final game will end the Century series on a high note.