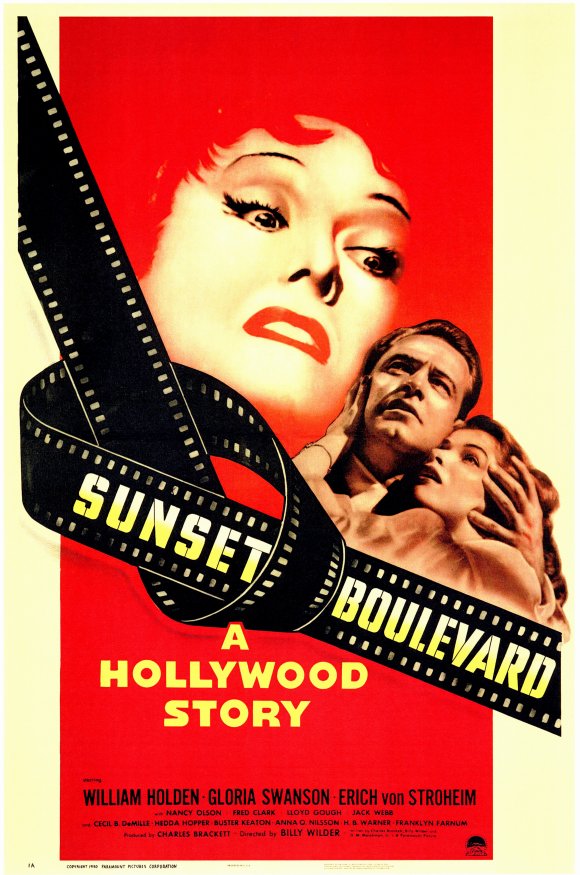 Widely considered a classic and ranked high up on AFI’s list of 100 Greatest American Films of All Time, I was looking forward to finally seeing Sunset Boulevard.

Confession: this was the third time I started Sunset Boulevard this year; the first two times I fell asleep before the half-hour mark and this third time I dozed off near the end, which required a rewind to finish the movie.

I now understand why people hold this film in such high regard: it’s a Hollywood film about Hollywood and all of its narcissist glory. For my generation, the film-about-Hollywood that best captured the spirit of Sunset Boulevard is The Player. Sunset Boulevard was the original The Player. The O.G. Player, if you will.

William Holden is solid as Joe Gillis, the screenwriter who stumbles into a former movie star Norma Desmond’s life. Gloria Swanson plays Desmond and I wasn’t a fan. She seems to be overacting in so many scenes. Perhaps this was in keeping with her character, but I didn’t like her performance as much as Holden’s. Truth be told, it’s Erich von Stroheim as the servant Max who is consistently good throughout the film.

One thing I did not like at all: Holden’s narration. Maybe this device was used more in the films of the era, but it has not aged well. At all. It’s unnecessary and it feels like director Billy Wilder didn’t trust his audience to figure things out by themselves. Whenever I heard the narration, I kept thinking, “This is the movies. There’s no reason to tell us something at the same time you’re showing it!”

Still, I liked the ending, as the Norma Desmond character utters her famous last line. It’s not a film I’d watch again, but I get why it’s on the AFI list and it seems like any serious cinephile should see it at least once.