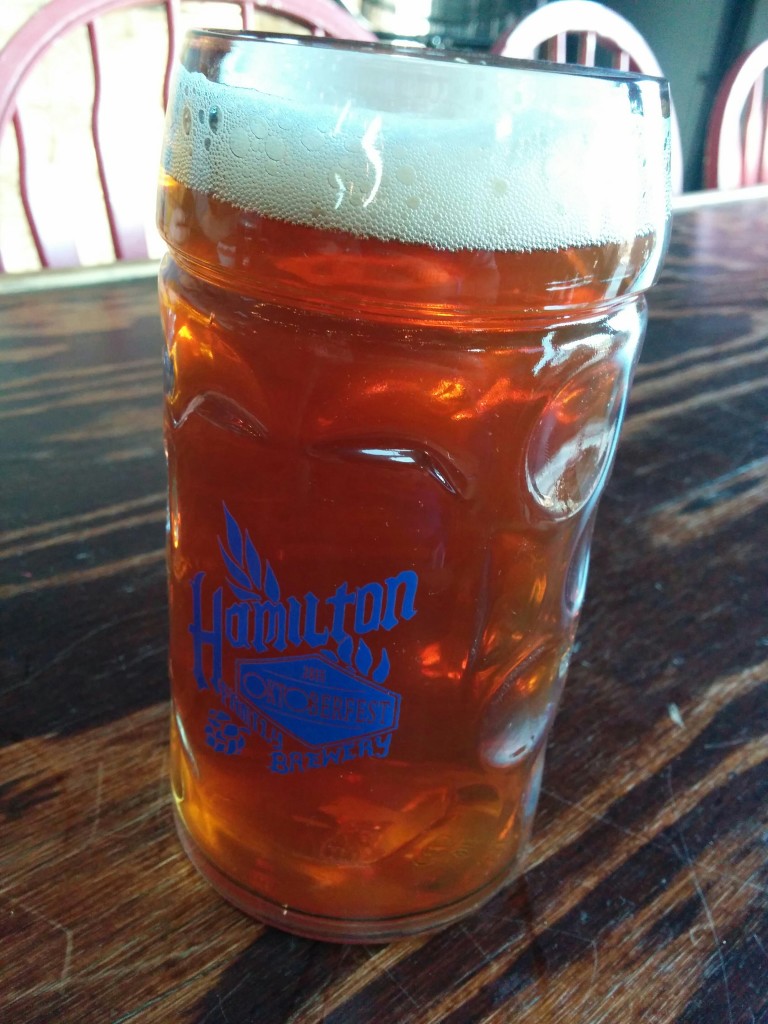 I met a buddy of mine to watch football, discuss our fantasy football teams, and have a beer tonight. A local brewery brewed its annual Oktoberfest beer last weekend so we celebrated with our mugs filled up with the tasty concoctions. For $9 we each received a beer in a souvenir mug and refills were $4.

We talked about Octoberfests past and laughed at the memories, which were basically the same: learn a few German words while drinking beers with friends and family. For years, I saved my souvenir stein from the Alpine Village Oktoberfest in Torrance. I never drank anything out of it or displayed it or even remembered I had it until I was packing up my stuff during my last move. When I found the stein it brought back some good memories.

It went straight into the trash. There’s nothing that I drink that requires a 64-ounce tankard.

My new Oktoberfest mug is a more reasonable 16 ounces. It may not have as many memories yet, but it will certainly be used more often.