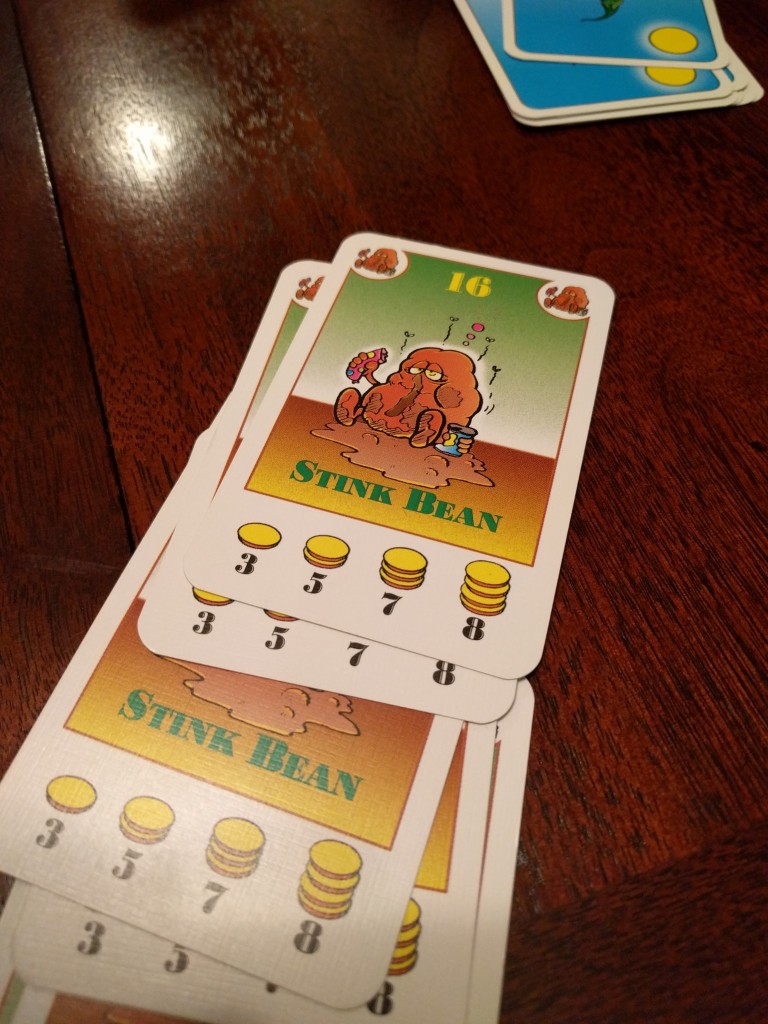 One of my regular gaming buddies hosted a game night and we had a blast, as always. An added bonus was that my wife joined us and she met most of the guys I regularly game with. Also, I got to play two games I’d never played before: Bohnanza and Between Two Cities.

Bohnanza is a classic card game, one I’ve somehow managed to not play for years. I played the dice version Wurfel Bohnanza last year so I was long overdue to play the card game it was based on. After playing both I think I prefer Wurful Bohnanza, if only because I can never resist chucking dice.

I can see why this was so popular back in the day, though, and still remains so; the trading aspect of this set collection game makes for some fun interaction. It plays quickly and even though I kept forgetting a few rules, the turns flow easily.

I’d like to play it at least once more, but right now it’s a like-but-not-love game for me. 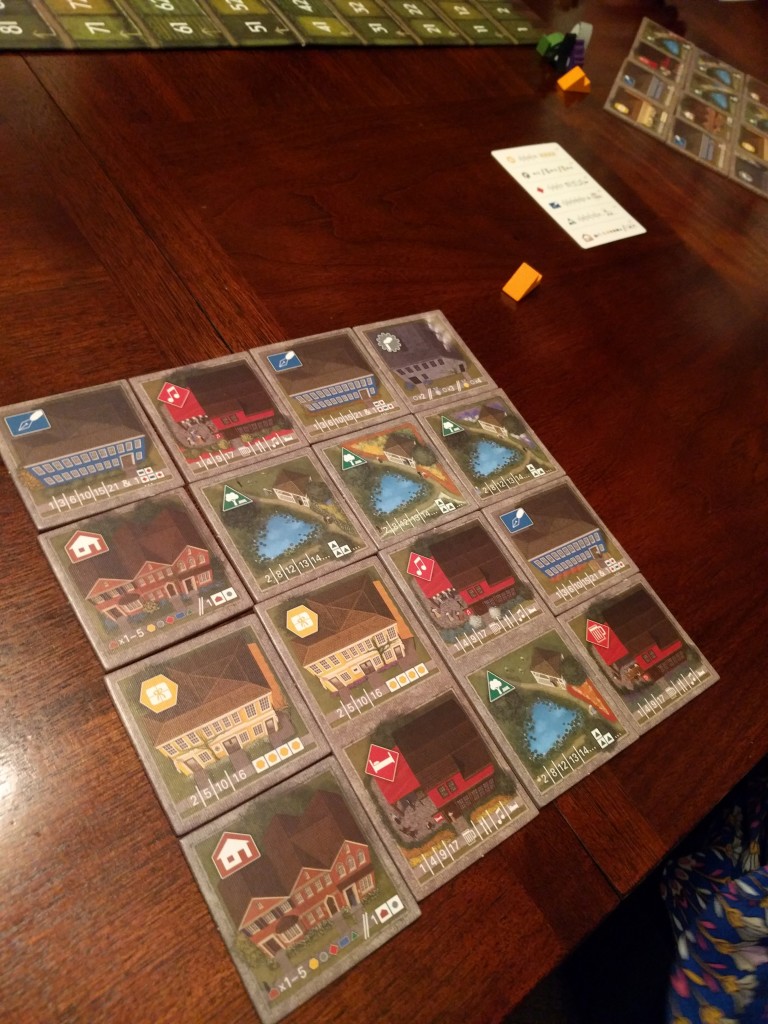 Between Two Cities, on the other hand, was an insta-love game for me. I enjoy streamlined games like this where you have an action (pick two cards and play one to each side of you) and try to find the most effective way to play it. What makes this tile-laying game unique is that you’re working with and against your fellow players. Since you’re building two cities and can only score the lower of the two, you’re trying to help yourself and your partners without letting them score too high.

I like the easy tile-drawing/drafting mechanism and the addition of the double-sized tiles during one round was a genius move. It was frustrating (but in a good way) having to deal with this big piece without screwing up your future plans.

My wife enjoyed it, too, so it’s now on my Games Wish List.

Final note: after I played Cash ‘N Guns the other day, I thought my wife would dig it as much as I did.  Last night she got to experience the fun of pointing foam guns at her fellow players and not only did she like it was much as I did, she won the game, thanks to a killer round where everybody else was shot or ducked.

Yup, we’re adding it to our collection. We agreed that family game nights will be better with foam guns.