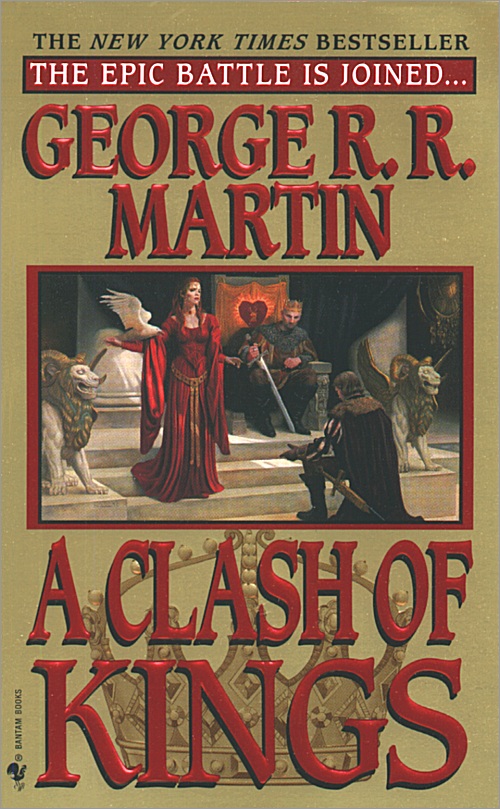 A Clash of Kings

I’m one book away from reaching my goal of reading 26 books in 2015. This will mark my second consecutive year of doing this, after three years of missing the mark. You can see the books I’ve read on Goodreads, where I also review everything I’ve read for the year.

The book I’m reading to reach my goal is A Clash of Kings, the second of George R.R. Martin’s A Song of Ice and Fire series. Most know it as the second season of Game of Thrones.

I checked out the book from my library at the start of the summer and got through 442 pages before returning it. Last week I borrowed it again so I could finish it.

I stopped watching Game of Thrones after the second season so I could get caught up with the written version, but it’s been slow going. As much as I’ve enjoyed the series so far, there’s part of me that wishes the books were shorter. Much shorter.

I know there’s a good Tyrion Lannister joke here, but I can’t think of anything clever. 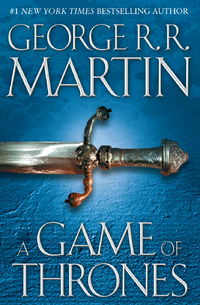 A Game of Thrones

I’ve never been into fantasy literature. I couldn’t get into the Lord of the Rings series (although I did love The Hobbit), but I’m re-considering my position. Why? Three words …

I loved season one; I’m halfway through season two and enjoying it as much, if not more. So much, in fact, that I did something silly yesterday: I started reading the first book of George R. R. Martin’s A Song of Ice and Fire series.

Yes, I’m reading the book that the first season of the TV show was based on while I’m binge-watching the second season. I’ll also be digging up my old unread copies of Fellowship of the Ring, etc. I won’t be buying any collectible swords or looking to play Dungeons & Dragons any time soon, but for now I’m all in for the Seven Kingdoms.