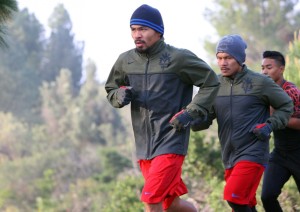 Coming of age during the 70s and 80s, I was aware of the news and happenings of the time, especially when it came to pop culture and sports. I remember the controversy of Three’s Company (a single man living with two single women *gasp*), the Lakers perpetually contending and winning NBA championships, and the revelation that Darth Vader was Luke Skywalker’s father (oops, spoiler alert). I know where I was when Reagan was shot (junior high), then later when the Challenger blew up (high school). I recall waking up one morning learning that John Lennon had been murdered.

What I don’t remember? Much of anything to do with Filipino Americans or Asian Americans. Sure, I remember when Marcos was  overthrown and the rise of People Power (and the tale of Imelda’s shoes), but it was more in the context of world news, as in the Other news that wasn’t mainstream, or didn’t really matter. Maybe I wasn’t looking hard enough then, or maybe I wasn’t as aware as I thought. I would only learn the name Vincent Chin when I was in college during the 90s.

Today, though, it’s not uncommon to see my social media feeds filled with stories of Manny Pacquiao or Jeremy Lin or Russell Peters or any other Filipino or Asian. For middle-aged Filipino Americans like myself, to be able to debate whether or not a Filipino is the greatest prizefighter of this generation is akin to seeing the yellow, blue, red, and white of the Filipino flag planted in Mars. It was absolutely unfathomable then.

And yet, here we are today and Manny is about to take part of the biggest fight of this generation. Last night, a Chinese American led the Lakers in scoring. This weekend, during the NCAA tournament, the hero of the Maryland-Valparaiso game was an Indian American. During my workout this morning, I listened to a podcast interview with one of the funniest comedians on the planet, Russell Peters, as he talked about some of the racism he encountered as an Anglo-Indian raised in Canada.

I love the fact that George Takei has had a career resurgence so late in life and that his Facebook posts are the most re-shared among my friends. I love that Filipinos are frequently seen on the music-contest reality shows, from Jessica Sanchez to the Filharmonic. I love that one of the top sitcoms on ABC is centered around an Asian American family. I love that the name of the sitcom is Fresh Off the Boat, with all of the baggage that comes with such a loaded phrase.

Most of all, I love that for every Takei, Pacquiao, Peters, Lin, Fresh Off the Boat, and more, there will be even more Fil-Ams and Asian-Ams doing similar things in the future. I’m looking forward to those days, but will always look back to remember how far we’ve come.