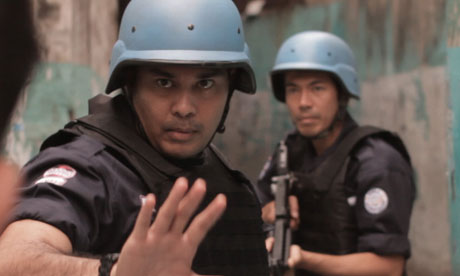 Currently streaming on Netflix is Metro Manila, an excellent film about a family trying to escape poverty in the Philippines.

Driven by economic despair, a rice farmer moves his wife and two children to metro Manila, where he hopes to take advantage of the opportunities the city will provide. He and his wife quickly discover that predators of all types lurk in every corner of the slums they live in.

Lead actor Jake Macapagal is outstanding as Oscar Ramirez. He’s the moral center of the film and has a quiet dignity about him that stands above the chaos of the big city. John Arcilla is solid as Oscar’s co-worker/mentor Ong, a grizzled veteran with a secret that will change Oscar’s life. The character Ong reminded me of someone who could easily be found in a John Woo heroic bloodshed movie.

I’ve written about a few of the movies on the AFI 100 list this year and Metro Manila reminded me of The French Connection in a few ways: it captured the grittiness of Manila, just as The French Connection did with New York. Both movies were smack dab in the middle of a world full of moral ambiguity.