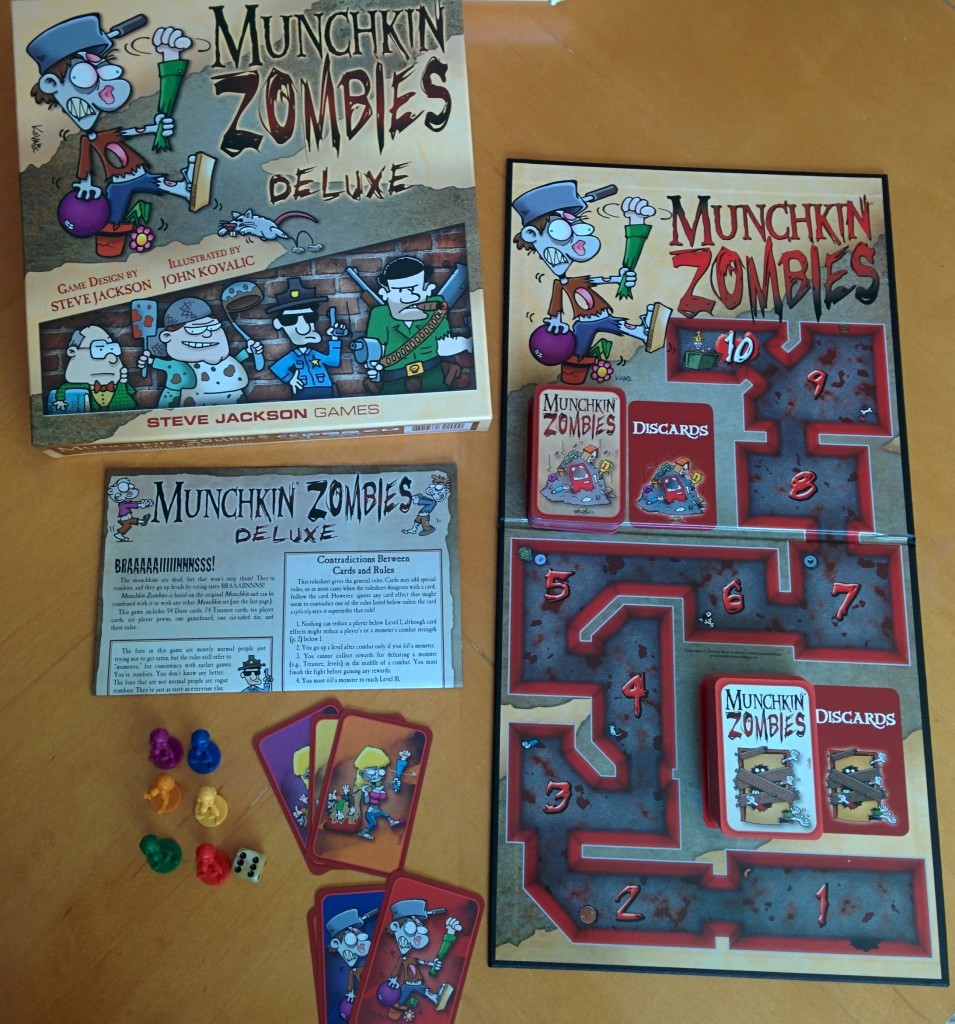 I occasionally stop by Barnes & Noble to see what they have in their clearance section and today I dug through a pile of Game of Thrones action figures, Ravensburger jigsaw puzzles, and assorted bookstore knickknacks before I found something to my liking: Munchkin Zombies Deluxe. It’s a zombie-themed version of the popular Munchkin game by Steve Jackson that retails for $29.99. The clearance price was 50-percent off and I had a 15-percent-off coupon, so after tax I ended up paying just under $14. Score!

There’s a terrific thread on boardgamegeek.com with information about the B&N clearance sale. I never knew there was a method to the clearance-sale madness and it was nice to learn about it so I could plan my next day of bargains.