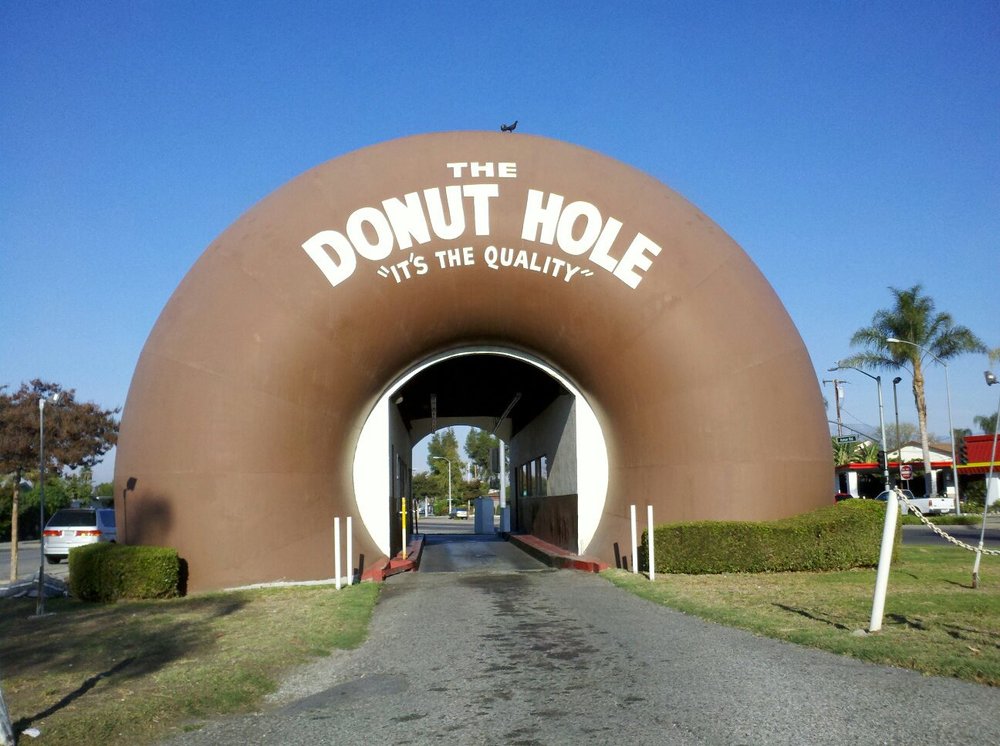 I was in La Puente this morning, which meant I had to stop at The Donut Hole. While Randy’s Donuts in Inglewood is the Los Angeles icon, for my money The Donut Hole offers the best bang for your buck. Where else can you drive through a donut-shaped building for a dozen fried bits of heaven?

As I wrote on Yelp, the donuts were pretty standard fare. However, things have improved: today I noticed the addition of specialty donuts: red velvet, Fruity Pebbles, Froot Loops, and others. I ordered the blueberry donut and a dozen cronut holes and both were excellent.

The food is secondary, though. It’s all about the experience of driving through the giant donut: it’ll delight your kids and the kid in you. 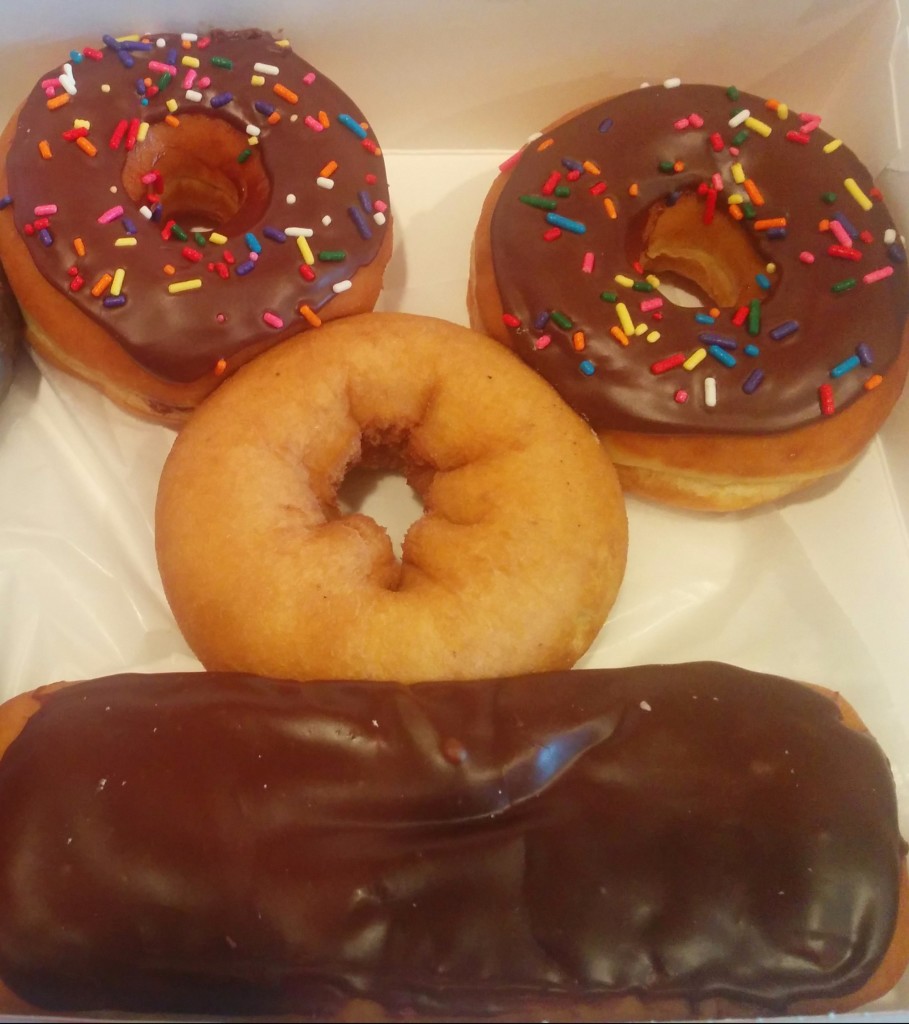 I had no idea that National Doughnut Day had such a long and military-influenced history (read about it here). Apparently, the day has been recognized since 1938, but doughnut shops giving away donuts on the first Friday of June is a relatively recent phenomenon.

Today, I stopped by Dunkin’ Donuts. There was a line out the door so I decided to drive-thru and pick up my favorite coffee and score my free doughnut (one for every drink purchased). The drive-thru wasn’t moving much quicker than the one in the store, but I eventually had my breakfast. Even though I’m not a fan of the food at DD, the coffee is consistently good and I was happy to be celebrating with the rest of the nation.

Note: I usually go with “donut” as my way of spelling these fried slices of heaven, but in honor of this special day, I’ve decided to heed the Grammar Girl’s advice and go with “doughnut.”