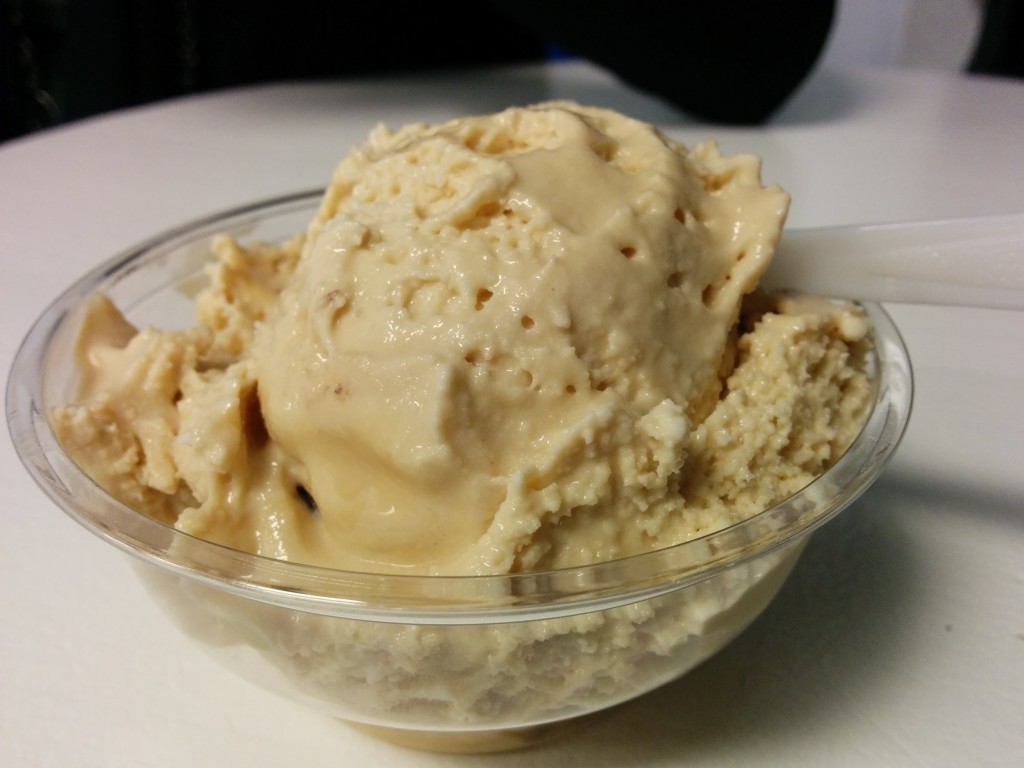 We all scream for ice cream.

It was another cold night and this time my craving for ice cream was at an all-time high. Besides a hot steaming bowl of pho, the thing I enjoy most on a chilly evening is a scoop of ice cream.

Tonight it was caramel pretzel crunch that satisfied my craving. 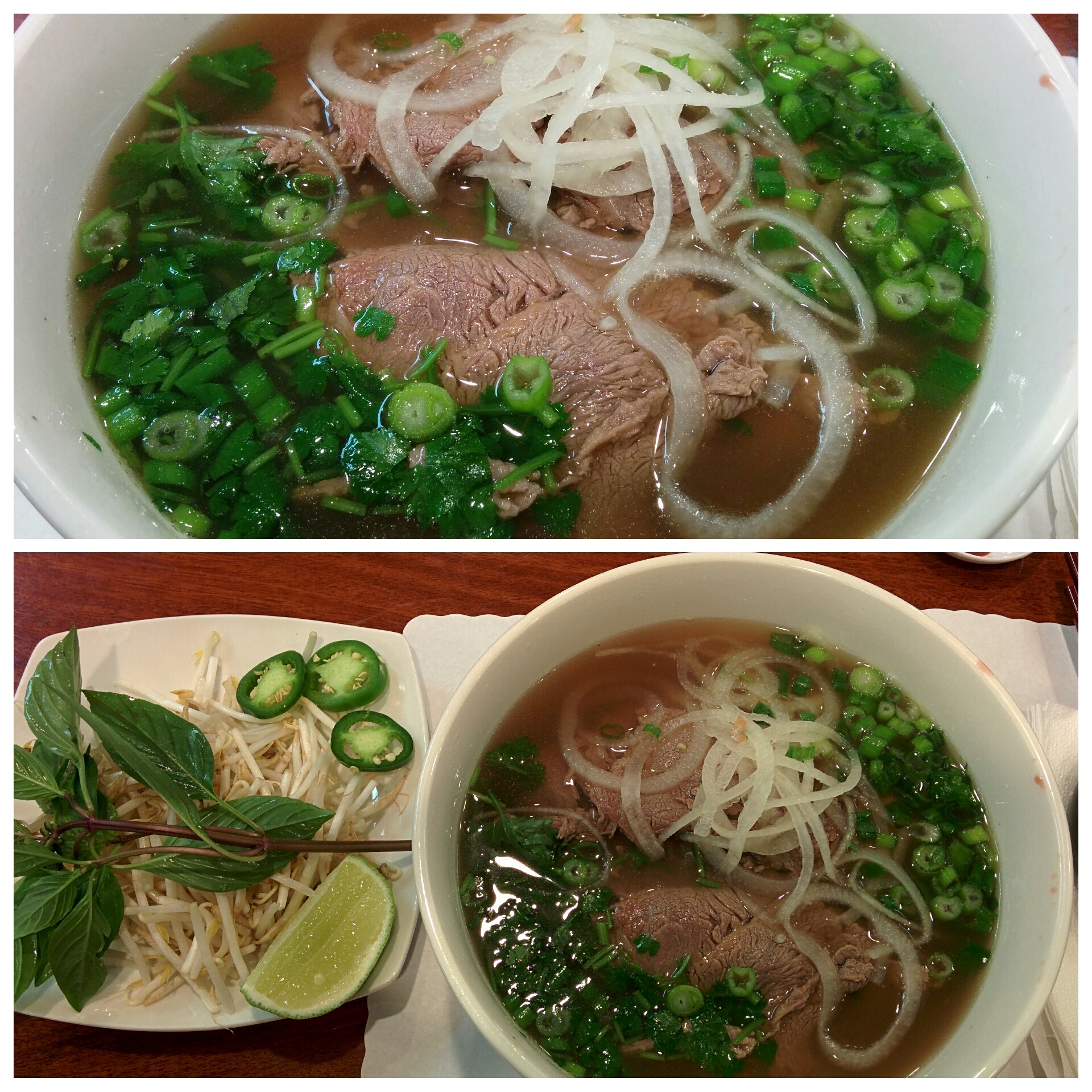 Tonight was the first cold night we’ve had in a while, so that meant my soup craving kicked into high gear. The local pho spot had a line out the door, so my wife and I tried a new place. It wasn’t quite as good, but it was still delicious and the filet mignon pho satisfied my craving. 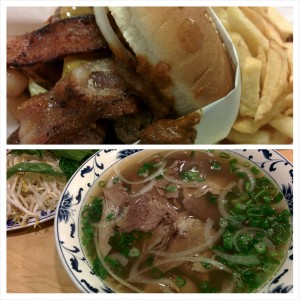 Just one of the many reasons why I love living in Southern California: dinner can be a pastrami burger one night and a bowl of pho the next. It’s exactly what my wife and I had yesterday and today, as seen above.

After sitting out traffic last night, we made it to The Oinkster for a late dinner. It’s one of our favorite spots in the area and even after being hyped on Diners, Drive-ins, and Dives a few years ago, the restaurant consistently delivers amazing food. Kudos to Chef/Owner Andre Guerrero for maintaining such high standards. Last night I finally tried The Royale, which is a chili cheeseburger with bacon and several slices of The Oinkster’s famous house-cured pastrami. I typically get a pastrami sandwich, but after being in the car for much of the day, I was famished. The Royale was enormous and bursting with flavors and ingredients. Served with crispy Belgian fries, the burger nearly put me in a food coma before we could get back on the road.

Tonight, neither of us felt like cooking and the day turned out to be colder than we thought, so we decided to get a bowl of pho. It’s been great seeing so many pho joints open in the Inland Empire, since most are good and it saves us a trip to the San Gabriel Valley (my personal Mecca of Asian food in Southern California). Tonight we went to Pho Ha in Rancho Cucamonga. It’s always busy here and the service is meh, but the pho is always hot and delicious.

No plans yet for tomorrow’s dinner, but living in Southern California I know we’ll have plenty of options.