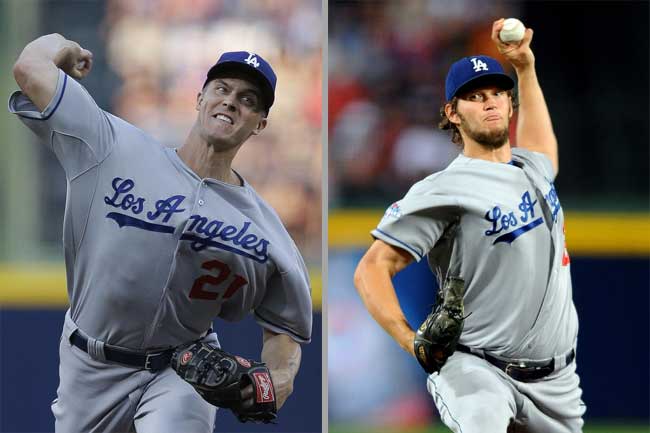 The Dodgers’ Greinke and Kershaw.

The Dodgers lost the opening game of their playoff series against the Mets. Sad to say, it wasn’t as shocking as Clayton Kershaw’s meltdown against the Cardinals last year.

With how much Kershaw looks like Superman during the regular season, he has quite a few Clark Kent moments during October. It’s hard to knock the best pitcher in baseball, but the truth is with each postseason loss, opposing hitters are gaining confidence against him. They’re being patient and aren’t scared of him, knowing that he can be cracked at some point.

While I had my doubts about these Dodgers going to the World Series (hard to get too fired up about a team that was no-hit twice during the season), I was hoping Kershaw and Greinke could do their best Johnson-and-Schilling imitation and drag this team to the promised land.

Greinke is pitching tomorrow. He better be in great shape because that additional weight he’s carrying is the entire Dodgers organization.