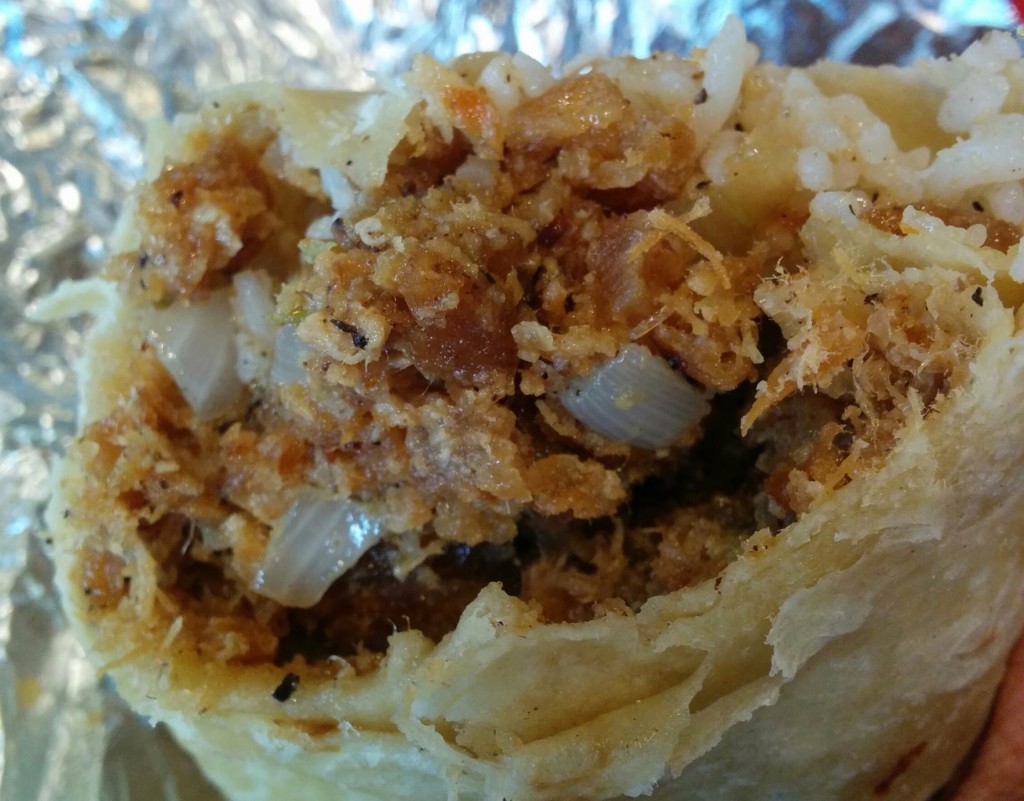 I was in the Valley yesterday, so I had dinner at White Rabbit Cafe, the brick-and-mortar version of the famous food truck. The cafe’s been here for a few years now and it’s nice to see them growing (they just launched another store in Las Vegas).

Ever since I used to track their location via Twitter, White Rabbit has consistently served delicious Filipino fusion food. My favorite is still the pork sisig burrito; the pork is flavorful and it’s packed with garlic rice and a fried egg. It’s not the best sisig you’ll ever have, but it’s a great way to introduce people to Filipino food.

My fantasy football league has had trays of White Rabbit’s lumpia, sisig, and rice on its annual draft day potluck party a few times. I can think of no better recommendation than, “White Rabbit fed my 12-man fantasy league and the food was gone before the draft was finished.”