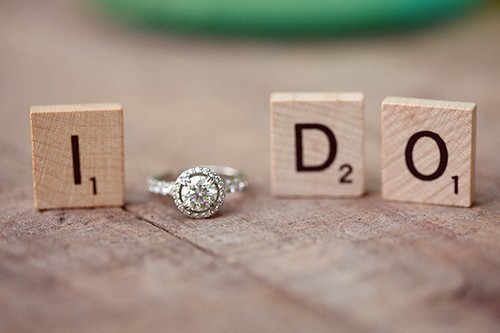 I’ve written two posts about Filipino Heritage Night at Dodger Stadium two weeks ago, so I promise this will be my last. I just wanted to document something I saw that night that was a first for me: a couple got engaged on the big screen.

The moment happened between innings, during the Kiss Cam. A few couples were shown and they kissed, much to the delight of the crowd. After the last couple kissed, however, the camera lingered on them. At first I thought someone forgot to turn off the camera, but all of a sudden the guy got down on his knee and produced a ring box. His girlfriend was stunned and all of us in attendance roared our approval. After she accepted, he placed the ring on her finger and the cheers continued all the way to the start of the inning.

It reminded me of the last time I was at Dodger Stadium, when I was telling my wife that out of all the baseball games I’ve attended — major and minor league — I’d never seen a benches-clearing brawl. Sure enough, just a few innings later, the Diamondbacks threw at Yasiel Puig and the brawl was on.

Coincidentally, it was the Diamondbacks who were playing the Dodgers when I saw my first Proposal at a Sporting Event. I wonder what I’ll see the next time they’re in town?