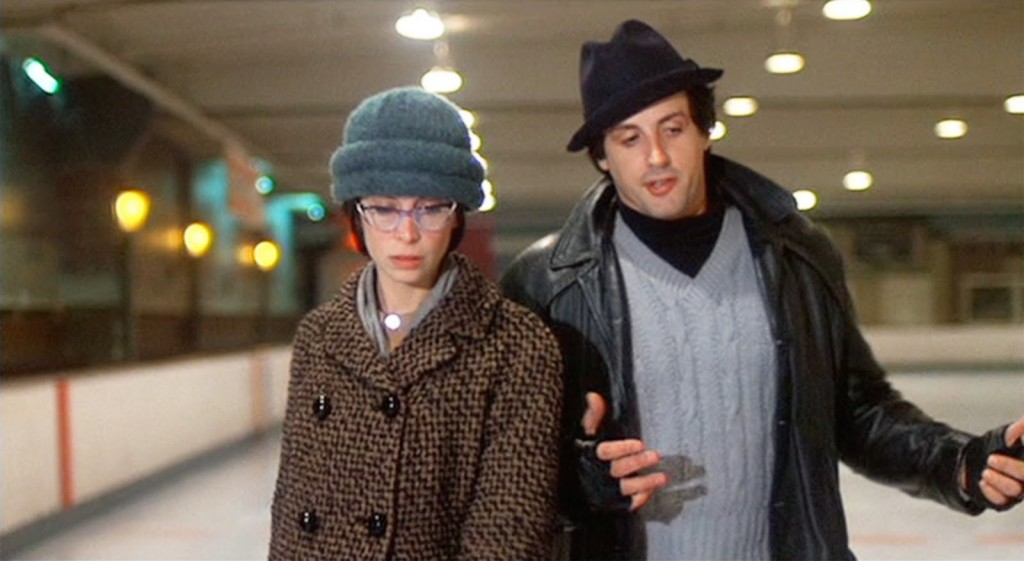 Rocky is back on Netflix, so I watched it before bed last night. The movie holds up well after nearly 40(!) years, mainly because Sylvester Stallone was born to play Rocky. The slurred speech peppered with “yo’s,” the physicality of the training montages, the surprising amount of emotion in his scenes with Adrian: even with a few of the hammier bits, it’s still a terrific performance and Stallone carries the film.

I’ll save the movie’s inherent racism discussion for others. There’s a reason why the film still resonates with movie fans: everybody loves the underdog. Rocky is the classic underdog making his way through the streets of Philadelphia (admit it, you’re hearing the theme song now).

Whether he’s collecting money at the shipyard or running through the open-air market, the film captures the grittiness of the city, much like The French Connection did with New York. I loved the little scene where Rocky and Gazzo meet at Pat’s King of Steaks; I’ve been there and, yes, there is a plaque at the exact spot where the scene was filmed.

One thing that always bugs me, though, is the final showdown with Apollo (kudos to Carl Weathers; he absolutely steals every scene that he’s in). It’s hilarious that both boxers show up in the ring without their gloves on, only to have them magically appear right before they fight. A bonehead mistake, no doubt.

Still, I loved the ending because by then it’s not about who wins or loses, it’s about Rocky’s love for Adrian. Corny? Yes. And the movie also seems slower than I recalled, but Rocky is such a likable galoot that it’s easy to look past the film’s foibles.