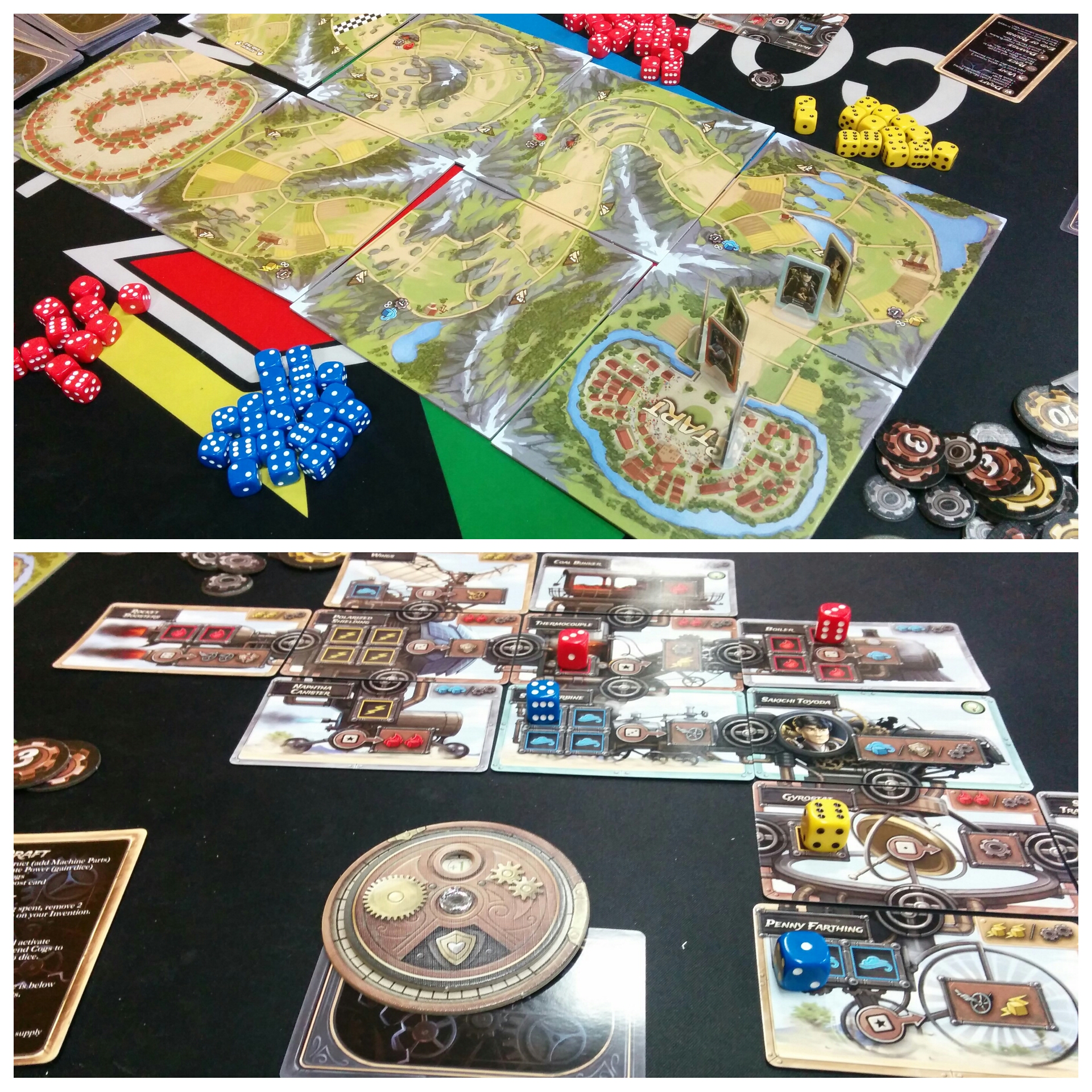 While I love science fiction I’m not the biggest steampunk fan. After playing Steampunk Rally tonight, though, I might have to take a closer look at the genre; for gaming purposes steampunk was awesome.

Steampunk Rally looks like a simple race around a track, but it’s much more than that. Each player builds a contraption to get around the track. The card drafting and dice rolling mechanics give everyone lots to do on each turn, with plenty of options to re-roll dice or play special event cards.

With all of the dice and cogs and cards it seemed a bit overwhelming, but after a few turns it was easy to get into the swing of things. I missed a few opportunities to build a better contraption and I had bad luck with my movement, but I did get to play a “ray gun” card that put a ton of damage on my opponents. Even though it had no effect on the winner (who seemed to be way ahead throughout the game), it was hilarious to play the card.