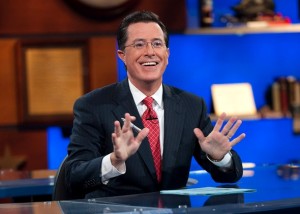 This morning I saw the news item about Adnan Syed and how a Maryland court will now hear an appeal for his case. Syed was the subject of the first season of Serial, the podcast released last October that became a huge hit. I loved the Serial and after binge-listening to Syed’s case (he’d been convicted of murdering his ex-girlfriend before receiving a life sentence), I wasn’t sure of his guilt or innocence, but I felt that the State did not prove beyond a reasonable doubt that he was guilty. He couldn’t have been locked up based on the evidence given, could he?

Well, thanks to the success of Serial, his case could be re-opened. It’s another twist to a fascinating story, a tale that was so expertly presented by Sarah Koenig during the 12-episode first season.

After I had finished that brilliant first season, I decided I needed more podcasts for driving or working out, since I usually listened to music for both. I did a quick Google search that led me to two fantastic podcasts: Soul Music and Working. I recommend either of them for your next podcast binge session.

1. Over on the BBC website, Soul Music offers “the stories behind pieces of music with a powerful emotional impact.” Listen to the episode about the song “Don’t Leave Me This Way,” with its touching and poignant anecdotes. The story about Teddy Pendergrass is heartbreaking.

2. Slate’s Working is a podcast about work. For each episode, one person discusses a typical day at their job. Whether it’s a lexicographer explaining the process of defining words for the Merriam-Webster dictionary or Stephen Colbert going over a typical day at The Colbert Report, the results are always informative and intriguing.