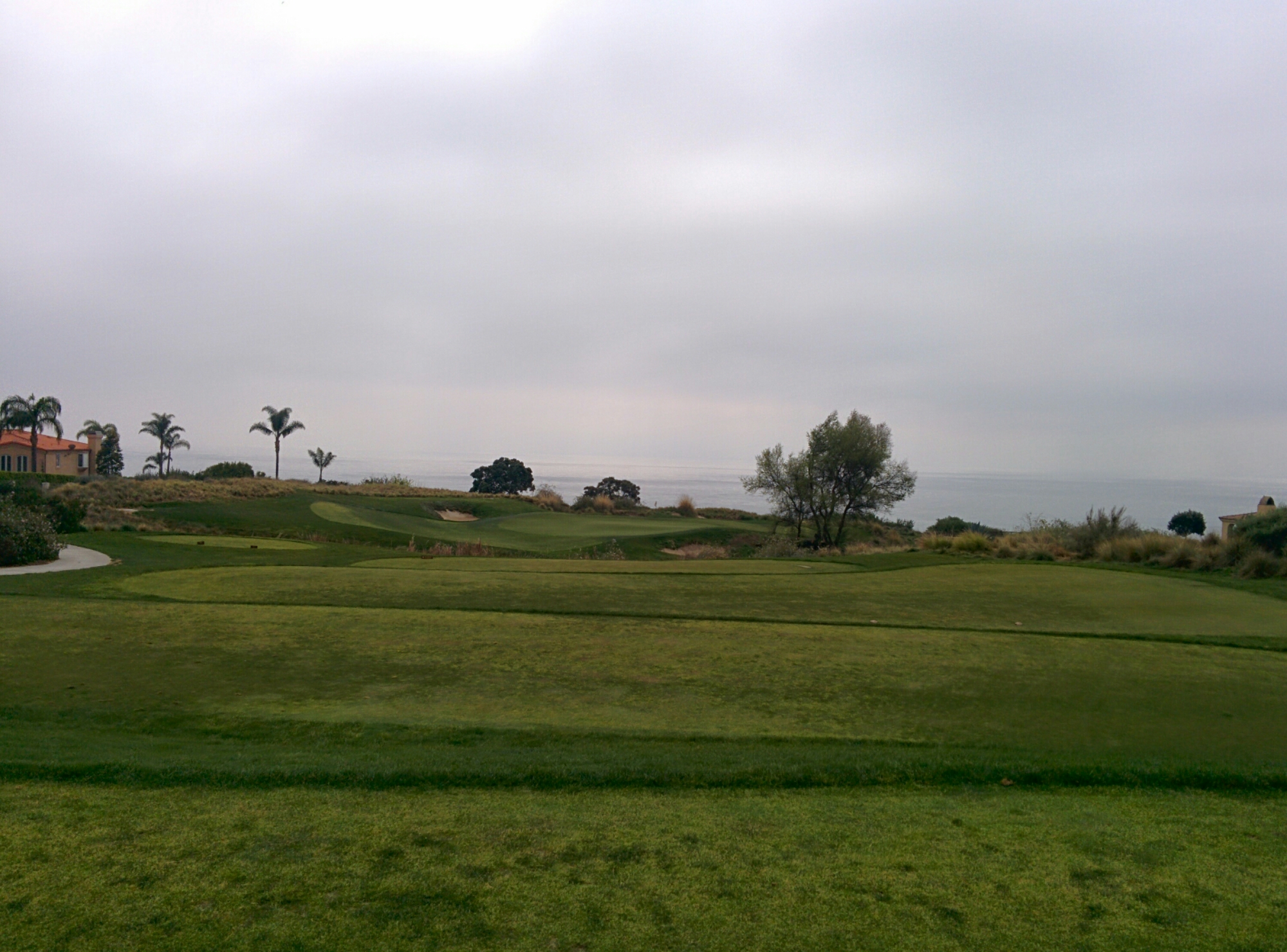 Links at Terranea. Pacific Ocean in the background.

Spent the morning at the Links at Terranea, a 9-hole par-3 golf course in beautiful Ranchos Palos Verdes. My quest to break 100 on a golf course is on hold right now as I shake off my latest injury, this time to my elbow. But I couldn’t resist the chance to play with a good friend of mine, especially after he scored a deal on Groupon: $25 for the round, including a push cart, which was half off the regular rate.

When I drove there today, I passed the nearby Trump National golf course, which is out of my price range ($300+ for a round). Terranea offers an affordable alternative and even though the views weren’t as spectacular as Trump’s, it was still a gorgeous place to play golf (despite today’s marine layer that refused to burn off until after we had played). I wouldn’t recommend paying more than the $25 discounted rate we scored, though; the greens weren’t as good as some of the $10-and-under courses I’ve played (Los Feliz and Glen Oaks, to name just two).

Overall, though, I’d suggest playing here at least once for the views and links-style golf. It was my first experience with this type of golf, which requires lower-trajectory shots that won’t be affected as dramatically by the ocean winds. There were a few slight breezes today, but on the final hole, my playing partners and I all looked on as each of our tee shots was hung up in the winds and dropped short of the green. Lesson learned for my next visit here: club up, practice those stingers, and make sure Groupon has a deal.