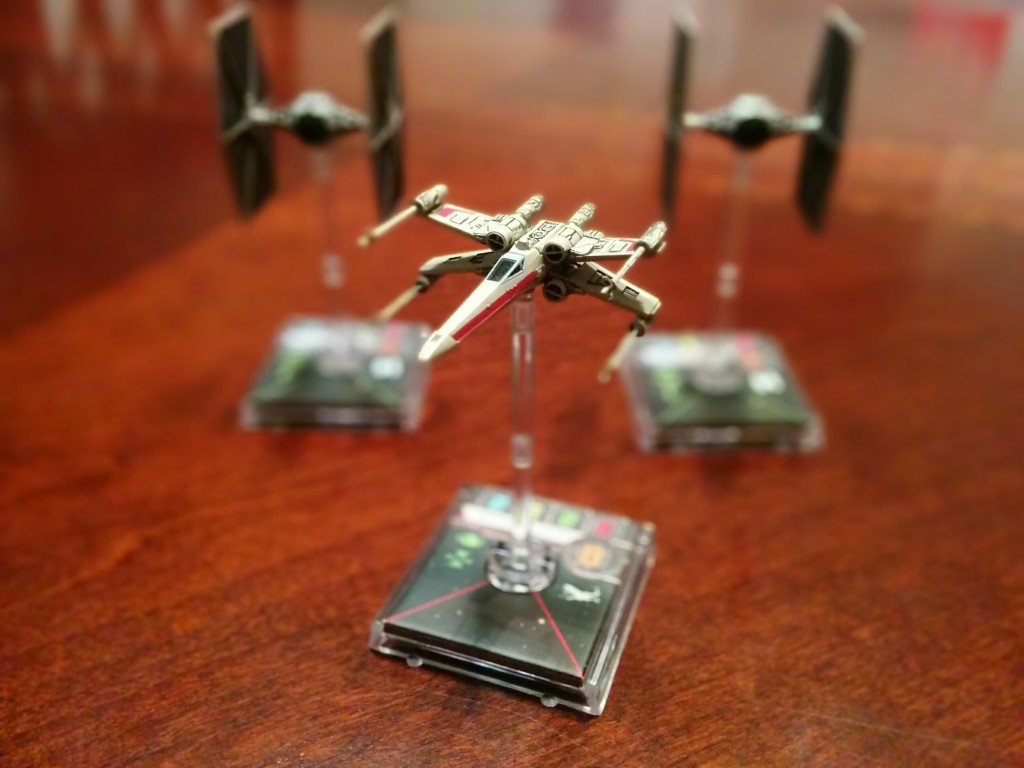 Confession: as a self-proclaimed Star Wars geek, I don’t have much of a collection. I have a Yoda figurine, an Admiral Ackbar action figure, a few books, some old trading cards, and a few knickknacks. Nothing too exciting. I LOVE the original trilogy, but I didn’t save any of my childhood toys, then later in life I didn’t feel the need to collect Star Wars stuff. The memories of the films were sufficient.

And even though Force Friday offered a lot of cool things to buy, I still had no urge to buy Star Wars toys, clothing, food, or what not. I’ve resisted the urge, even though I was getting more excited about the movie every day.

My excitement finally got the better of me.

I took the plunge and bought the X-Wing Miniatures Game Core Set. I can’t remember the last time I bought a miniatures game (if ever) and a Star Wars-themed game would be the one, of course. I told myself that it serves the dual purpose of owning a few cool Star Wars miniatures and satisfying my urge to game.

The core set comes with the X-Wing and two Tie Fighters shown above, which are beautiful. But they’re not just aesthetically pleasing, they’re functional as well: using the game’s cards, dice, and range-finding system, you and a friend can create dogfights on your tabletop.

The spaceships only take up a small portion of the living room table and I’m trying not to remind myself that there’s plenty of room for the Millennium Falcon, Slave I, and all of the other iconic ships. I do remind myself, however, that each addition isn’t cheap.

So, I tried to resist the Star Wars merchandising empire, but like Yoda said … well, at least I know this game will be more fun than Episode I.