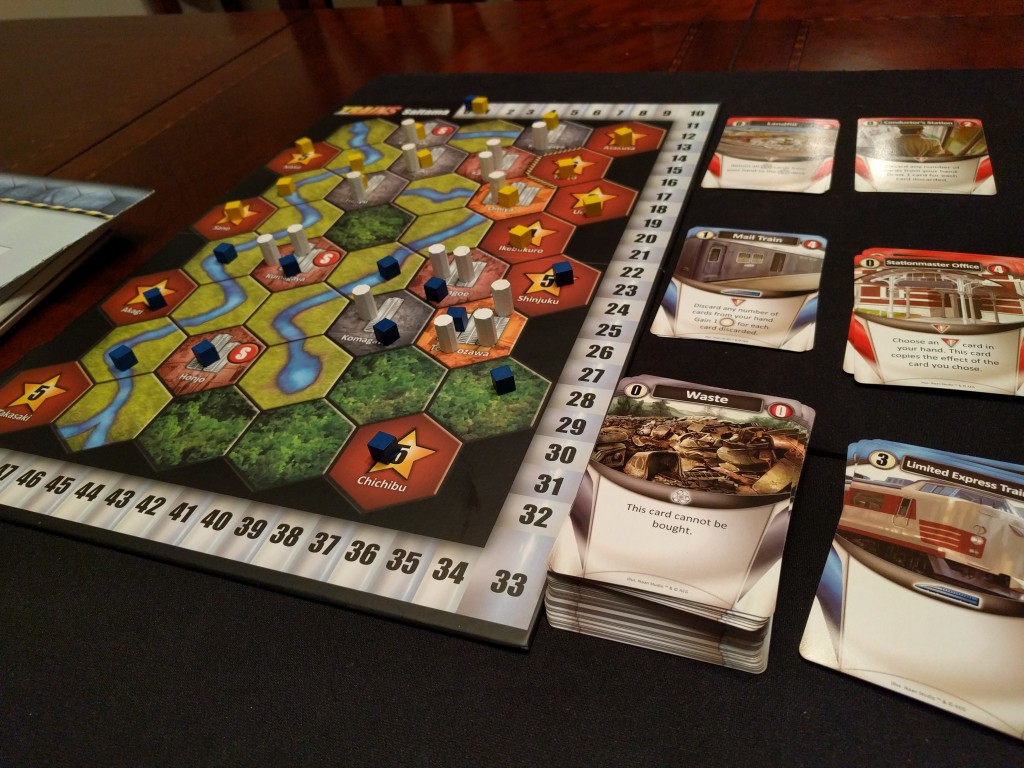 I haven’t written nearly enough this year (unless you count my news column at iSlaytheDragon.com), so I’m kickstarting my blog with my Blog Every Day in August Challenge.

Every day this month I’ll share thoughts and photos of board games and if I’m feeling particularly cheeky or inspired, I’ll write about other topics.

But it’s all about my favorite hobby this month.

My wife and I recently became HUGE fans of Trains; we’ve played it almost a dozen times since I bought it on Memorial Day weekend. I scored a like-new copy for only $10 thanks to a Facebook gaming group and I love the fact that it’s now cost less than a dollar per play.

Trains is a basically Dominion meets Ticket to Ride. It’s a deck builder with a map, so there’s some route laying mixed in with the card-playing. I was introduced to the game by one of my weekly gaming groups and after I’d played it the first time, I thought my wife would dig it. We’d enjoyed playing Dominion and Ticket to Ride together and after we played Trains for the first time, I knew we had a new favorite.

Pictured above is the Saitama map, which was a promo given out at Gen Con 2014 (and in turn given to us by a friend). I thought it was appropriate we played this one today in honor of our country’s biggest gaming convention happening later this week.