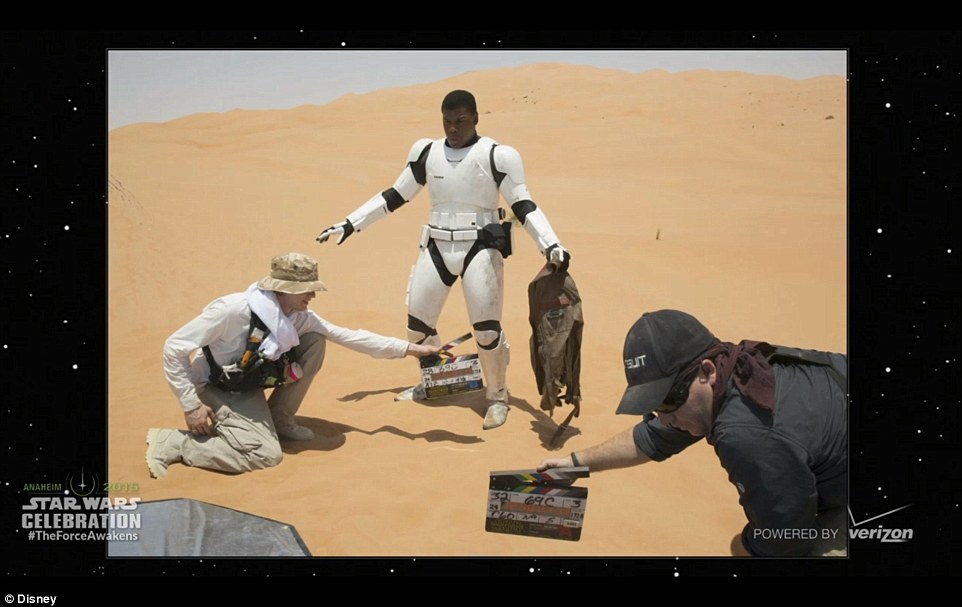 I’m trying not to get too excited about Star Wars Episode VII: The Force Awakens. I refuse to click on all of the news, gossip, and photo links. I avoid fan arguments dissecting every little detail from the two official teasers. I don’t Google anything related to Episode VII.

But then this happens.

What an AWESOME clip. It’s exactly what all of us diehards want; what I call the anti-prequel approach to making the film. As much as George Lucas and his team advanced CGI special effects during Episodes I-III, those films lacked the heart of the original trilogy. The attention to special effects took precedence over the writing and direction. How else to explain Natalie Portman’s worst acting to date?

Sure, perhaps J.J. Abrams is going overboard with the back-to-basics approach to special effects and forgetting all about the script and his actors. But I doubt it. He seems to be genuinely excited about his once-in-a-lifetime opportunity and the fans are clearly behind him as he tries to give them a film worthy of the Star Wars legend.

Of course, the fans have also promised to rename him Jar Jar Abrams if he screws this up. I can’t wait until December.