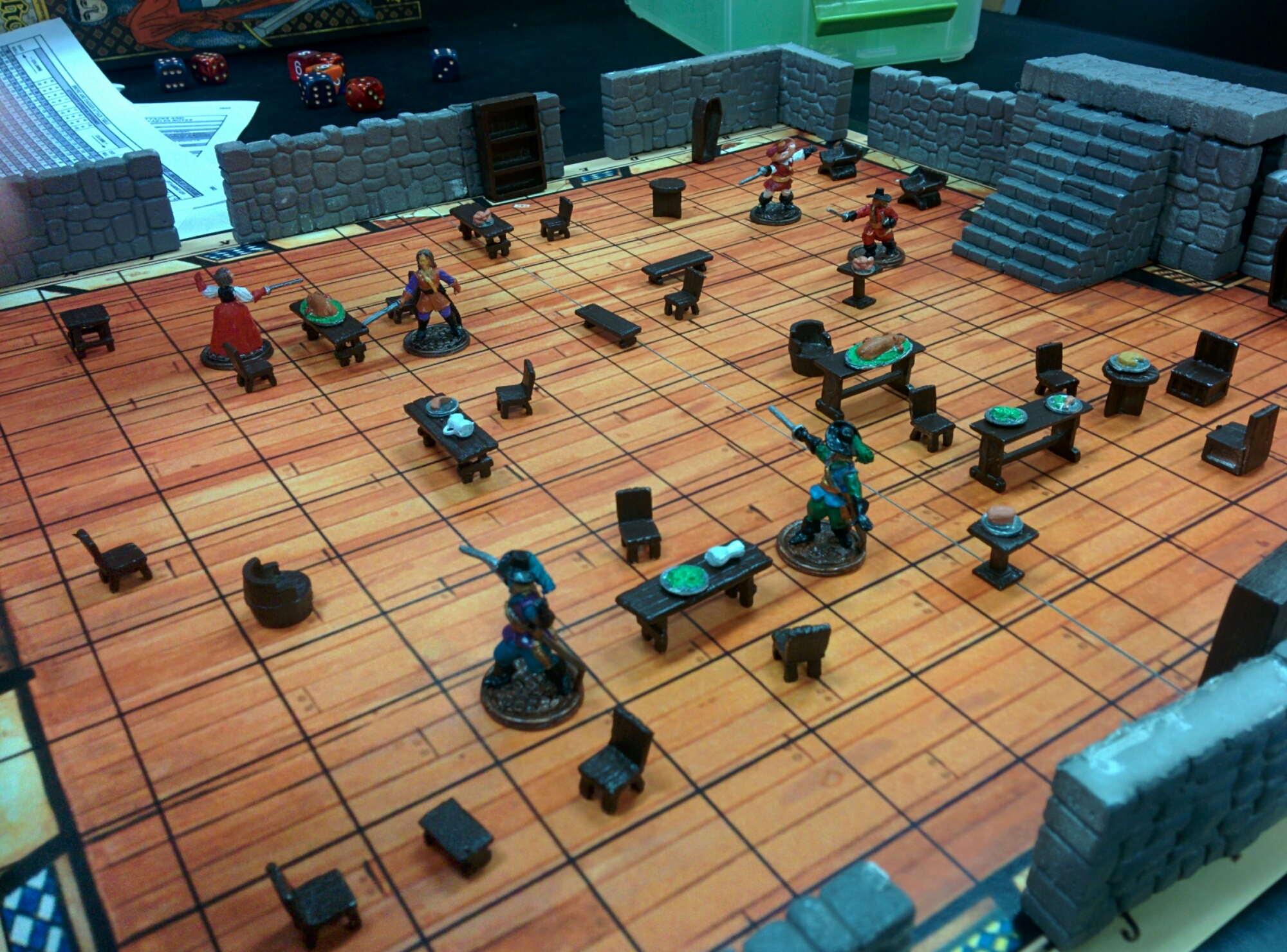 I stopped by the open game night at my FLGS (Friendly Local Game Store) and played two new games. First was Dragon Run, a nifty little press-your-luck card game in which you’re trying to grab treasure before the dragon turns you into toast. You and your opponents play characters with different abilities (thief, psychic, warrior, etc.) and there are spells and talismans to help or hinder your quest. It played fairly quickly and was a good way to start the night.

The second game was a real treat: Swashbuckler. This was a game from 1980 that one of the game night regulars put a lot of time and effort tracking down then upgrading its components (check out the gorgeous miniatures in the photo above). I love the pirate theme: it’s like a classic Errol Flynn movie, with everybody throwing chairs, swinging from chandeliers, and lunging and parrying.

Three of us played two characters each. Every player plots six moves per turn then reveals simultaneously; there are a few detailed charts for combat and movement and two six-sided dice determine your fate. It was easy to get into the spirit of things: after every successful (and even unsuccessful) move, we would lunge or parry in the air or make jokes in good swashbuckler form.

The Dread Pirate Roberts and Inigo Montoya would be proud.