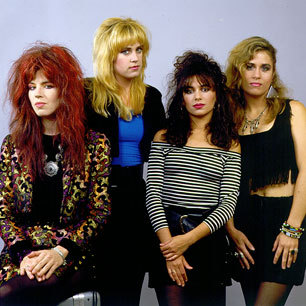 The Bangles, not the Bengals.

I settled in for the first Sunday of the NFL/fantasy football season today with the TV on, laptop in hand, and pizza on the way. My wife’s a good sport about being a football widow, but I find myself less fascinated by the games these days anyways, so I’m sure I won’t be doing the morning-till-night NFL shift too often this year.

As much as I enjoy fantasy football, it’s the Oakland Raiders’ continued ineptitude that helps kill my love for the game every week. I actually felt good about this season: youngsters David Carr and Khalil Mack would be joined by Amari Cooper and the Raiders’ climb back to respectability would begin. I wasn’t delusional and thinking a Super Bowl run, of course, but an 8-8 season would be a nice turnaround.

Unfortunately, it was business as usual for the Silver and Black.

The offense was stale, the defense was a sieve, and the cherry on top of the sundae was Carr leaving the game with an injured hand. To play that bad under a new head coach in his debut at home? It proves that the Raiders have a much longer road ahead of them than any of us thought.

I took to Twitter to vent my frustration. The team was playing bad, but color commentator Chris Simms on CBS was annoying me and a lot of other fans with his mispronunciation of Cincinnati’s team name. He said “Bangles” instead of “Bengals” throughout the game.

Maybe it’s just the way he says it, but the already testy Raider fanbase wasn’t going to sit back and let Simms continue with his comments about the “Bangles beating the Raiders.” The snark on the Internet was on full blast, but apparently nobody at CBS checks social media since Simms never corrected himself (which was hilarious because he stopped to note how he was correctly pronouncing Khalil Mack’s first name).

The Raider Nation in cyberspace filled Twitter with jokes about the Bangles, Manic Mondays, and Walking Like An Egyptian. And Simms kept saying it, just adding to the unintentional comedy.

It was the only thing we Raider fans had going for us today. Better to laugh about something than cry about another losing season.