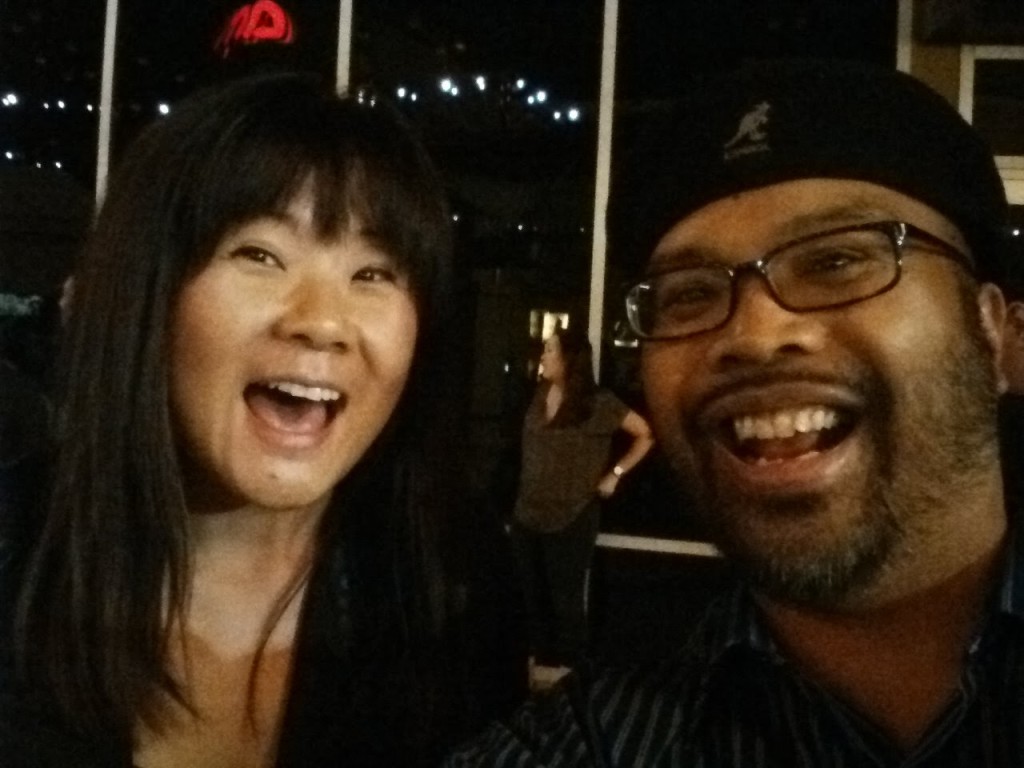 After the show with the hilarious Jenny Yang.

Me and the missus skipped tonight’s episode of Fresh Off the Boat and the Internet after-show Fresh Off the Show. We’re not weekly TV series watchers, preferring to binge on shows on Netflix whenever we have time, but we always watch FOTB and FOTS.

Not tonight, though. While we missed the show and Phil and Jenny’s always-funny recap, we couldn’t miss Jenny at the Improv in Ontario. She was the host for an event that featured Asian American female comedians and that’s something we don’t get very often in the Inland Empire.

There was no way we were not gonna be in the audience tonight … especially after Jenny tweeted out a code for 50 percent off tickets.

We laughed, we were inspired by seeing each woman (and one man for “diversity”) own the stage, and my wife got a kick out of Jenny giving me a shout-out at during the show.

I like to think my wife thinks I’m cool (I mean, she married me and all), but having the host call out your name onstage? My coolness factor just grew exponentially and I finally get to use the hashtag #humblebrag.