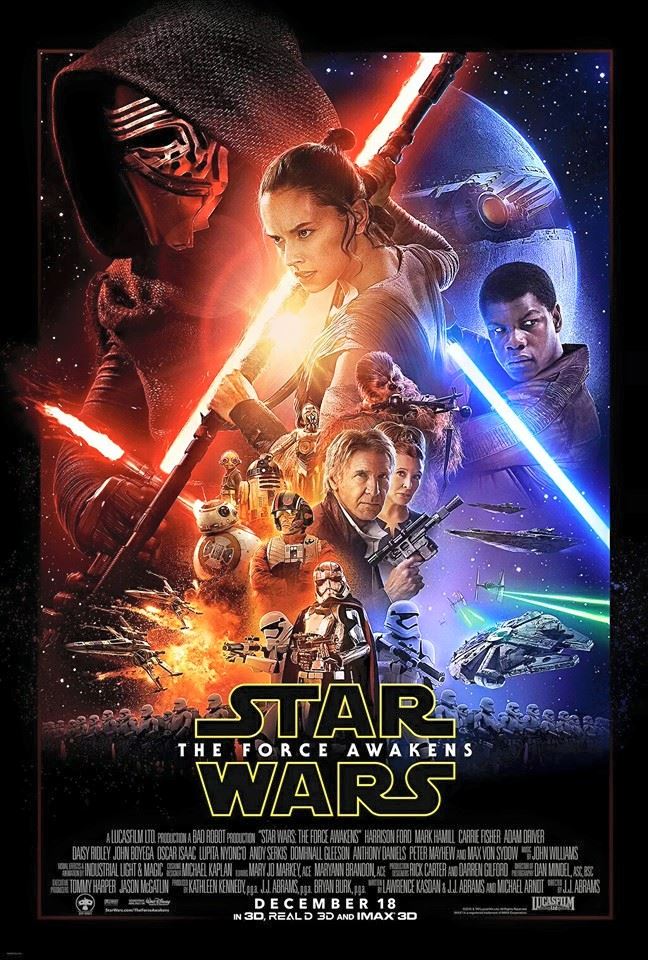 As much as I’ve tried to contain my excitement about The Force Awakens, I find myself not doing a good job of it. I watched and live tweeted the original film for the umpteenth time. I finished reading the famous Thrawn trilogy.  I started playing the tabletop miniatures game.

And thanks to my local comic book store, I bought my tickets to an early screening of Episode VII.

I’ve stopped trying to play it cool, so I was fired up to see the new poster for The Force Awakens today, even if I was disappointed in two things:

I don’t mind No. 1 at all. The nostalgia of the original cast is great, as is all of the practical and non-CGI effects, but the story needs to move forward as it pays tribute to its past.

It’s the new-ish Death Star that bothers me. Perhaps it’s a small part of a larger weapon or ship or I don’t know what. I know J.J. Abrams, Lawrence Kasdan, et al, were smart enough not to rehash a tired gimmick, right? I guess it’s a minor quibble. Give me Death Star 3.0 over Jar Jar Binks 2.0 (or 1.0) any day of the week and twice on Sunday.

On a positive note, Kylo Ren continues to look cool and menacing and … well, I’ll quit while I’m ahead.  I said the same things about Darth Maul and we all know how that turned out.