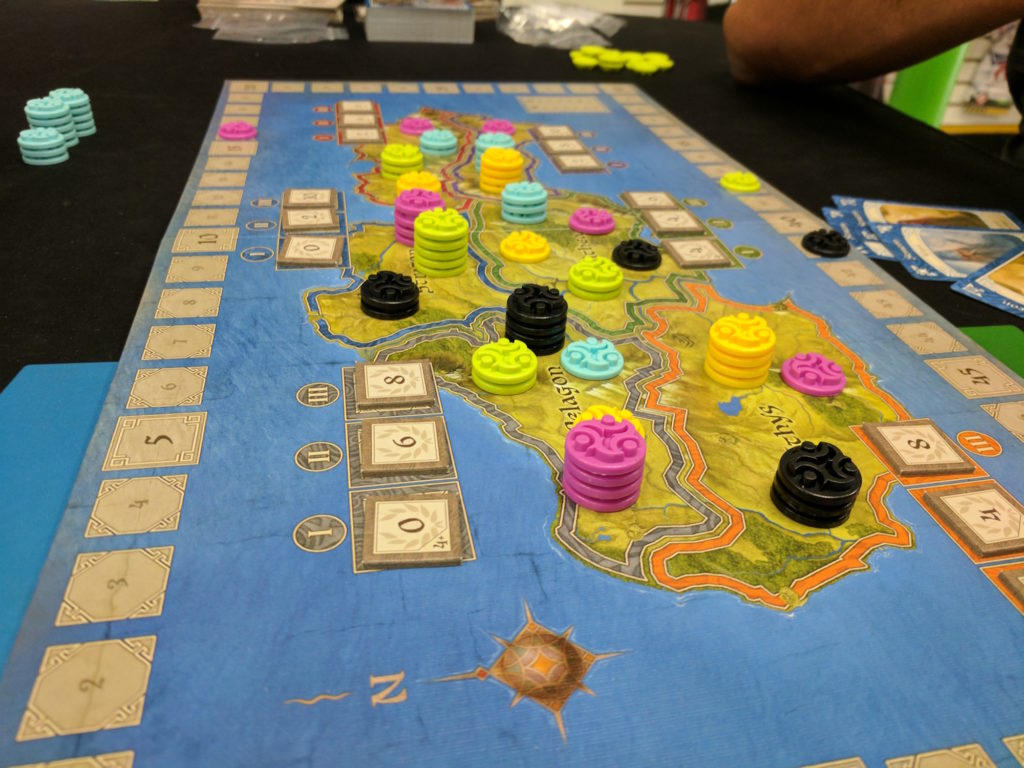 Happy to report that Ethnos lived up to the hype; thanks to my buddy Daryl our weekly group got to play it tonight. It’s dudes-on-a-map with set collection and area control, neatly wrapped up in a simple turn structure. Think Ticket to Ride meets Blood Rage, as players either take a card from the face-up supply or face-down deck or they play a set of cards that allows them to place one token on the designated area.

The simplicity of each turn is the big draw for this game and there’s a surprising bit of depth as you try to gain control of the different areas. What makes it so interesting is the rule that whenever you lay down a set, you must discard the rest of your cards (there’s a 10-card hand limit). This ensures that nobody hoards cards and plays the big set; you’re constantly on your toes trying to get the cards you need.

And so on. There were bonuses for certain characters and scoring during the game and after each of three ages.

Ethnos is going to be another big hit for Cool Mini Or Not. The only quibbles I have are the size and blandness of the board, along with the tokens/markers; they stack neatly on each other, but given CMON’s popularity with miniatures I’m surprised they didn’t go all out with a big set of figures.

But maybe this is the new CMON: an elegant game that gives up some of the stellar components in exchange for a much more reasonable price point. I’m sold and I’ve added Ethnos to my wish list.