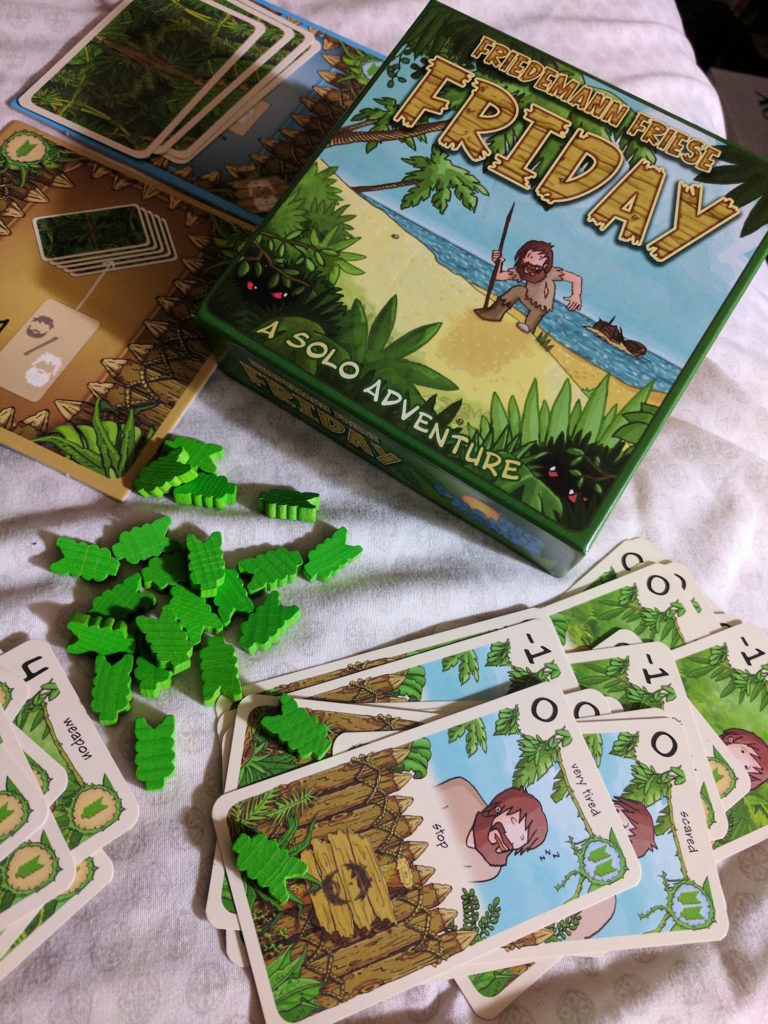 Today, of course, is the perfect day to play Friday, a superb solo deck building game. Friedemann Friese, best known for Power Grid, published Friday in 2011 and it’s frequently found on best solo games lists. I got my copy last October and I’ve played it 20 times, including tonight, and I still find it challenging.

Losing fights, though, is the key to optimizing your deck. For every point that you lose in a fight you may spend a life point (Crusoe starts with 20 life points) and destroy (“trash” for you Dominion fans) a card. This is where Friday is tough; you need to preserve your life points while also destroying the weaker cards in your deck.

Every time you go through your fighting card deck, you’ll shuffle in an “aging” card which is always negative fighting points. For such a small game, Friday definitely packs in a lot of obstacles to your success. Even if you survive the first three main rounds (which get progressively harder, of course), your deck must be lean and mean to defeat both rounds of pirates.

Friday isn’t easy, but it is immensely satisfying when you finally break through for that first win, and every win after that; just don’t get use to doing it.