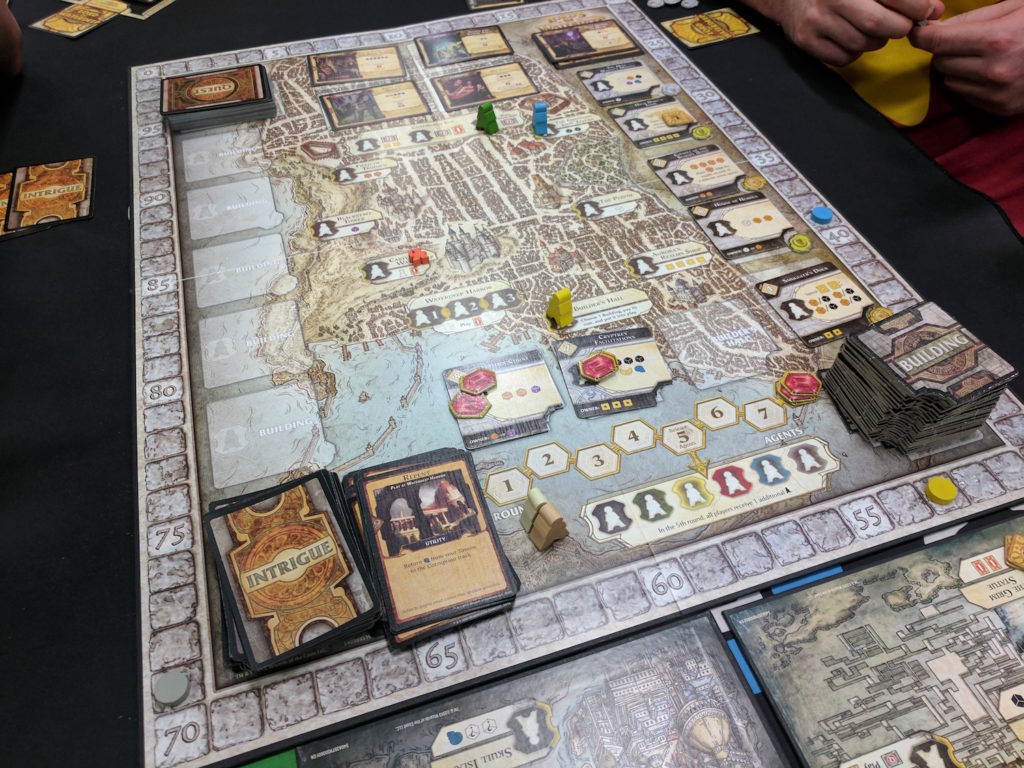 My final game played this month was Lords of Waterdeep, the worker-placement game based on the Dungeons & Dragons city Waterdeep in the Forgotten Realms campaign. While the game itself has no dungeons nor dragons, its theme of intrigue and deception is fantastic.

Players are the Lords of Waterdeep trying to gain control of the city by sending out adventurers on quests to earn victory points and resources to buy buildings. My favorite part (aside from the worker placement mechanism, which I love) is the Intrigue cards that can be used to negotiate with other players and eventually double-cross them.

Tonight’s game with my regular group had plenty of trickery, as everybody took turns messing with each other. We played with the Scoundrels of Skullport, which added the negative-point Corruption tokens, and we also had two promo cards in the deck. Near the end of the game I was able to play an Intrigue card that forced the current leader to complete a mandatory quest before completing a scoring quest. I ended up winning by two points so I’d like to think that my well-timed card helped me to the victory, but I’m not sure if it crippled him as much as I’d hoped.

I’m glad my month ended with Lords of Waterdeep. It’s a fantastic game and it’s quickly become one of my favorites. I hope one day I’ll have a blinged-out version like my buddy Oscar, who not only has the Broken Token organizer, but also the super-cool worker meeples and corruption skulls. 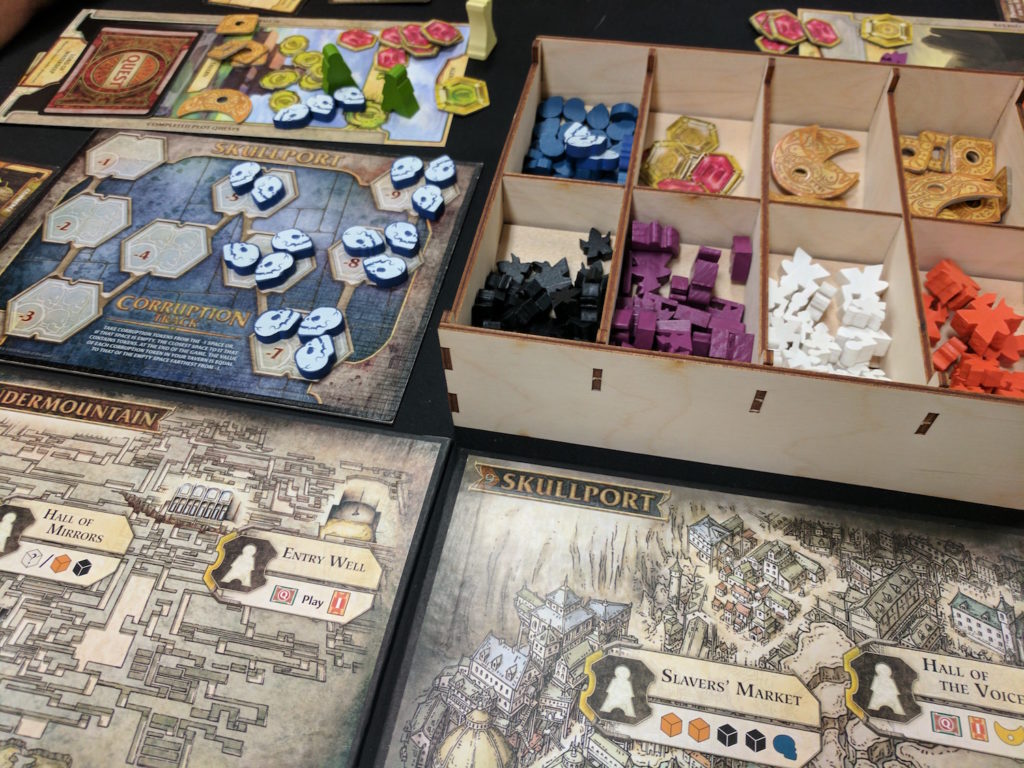