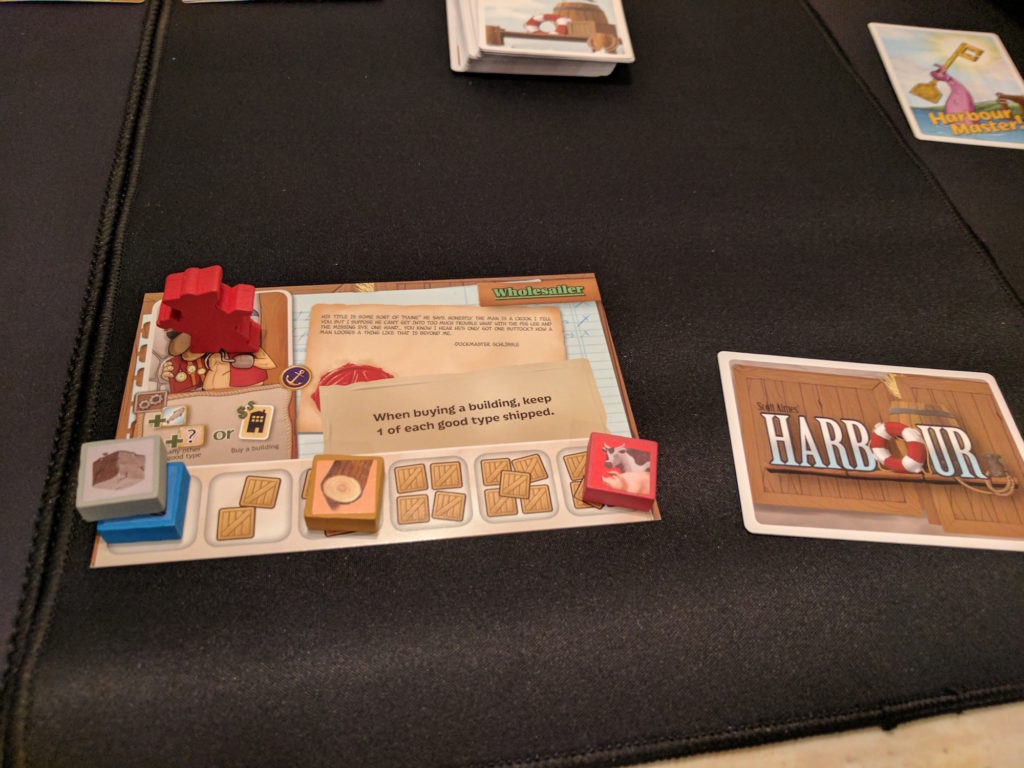 I’m an unabashed fan of Scott Almes’ games, especially his Tiny Epic Series (I own and enjoy Kingdoms, Galaxies, and Western; I Kickstarted the Galaxies expansion and Tiny Epic Quest). I appreciate how he uses some of my favorite game mechanisms in games that play in less than an hour, like worker placement in Western, dice allocation in Galaxies, or 4X in Kingdoms. It’s also cool how he includes solo rules for most of his games.

I bought Harbour from my buddy Oscar last year and it sat on my Shelf of Shame until recently, when I solo-ed it using the 20-move solo variant rules on BGG. It was an easy way to learn and play the game.

A few of the reviews of Harbour have called it Le Havre Lite or Tiny Epic Le Havre since it has similar worker placement and resource management mechanisms, but in a smaller package. Players race to buy four buildings from a common pool first. Each building has a cost payable by one or more goods from the current player. On their turn, a player will send their worker meeple to a building and perform the action(s) listed on it; often, it’s to trade for more goods, which can then be used to buy a building. Players have a home base that they can return to for more actions, as well as travel to an opponent’s buildings to perform their actions (although this costs one good). 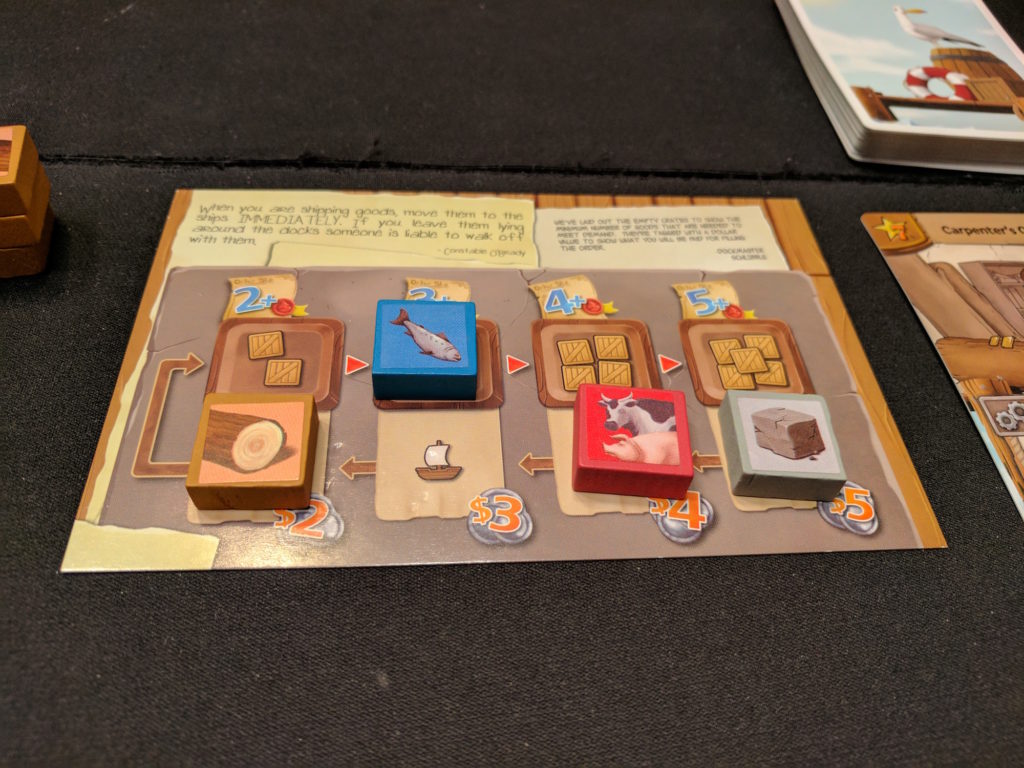 I enjoy Harbour, even if it usually ends more quickly than I prefer. It’s a great warm-up game, a filler with a bit more meat on the bones.