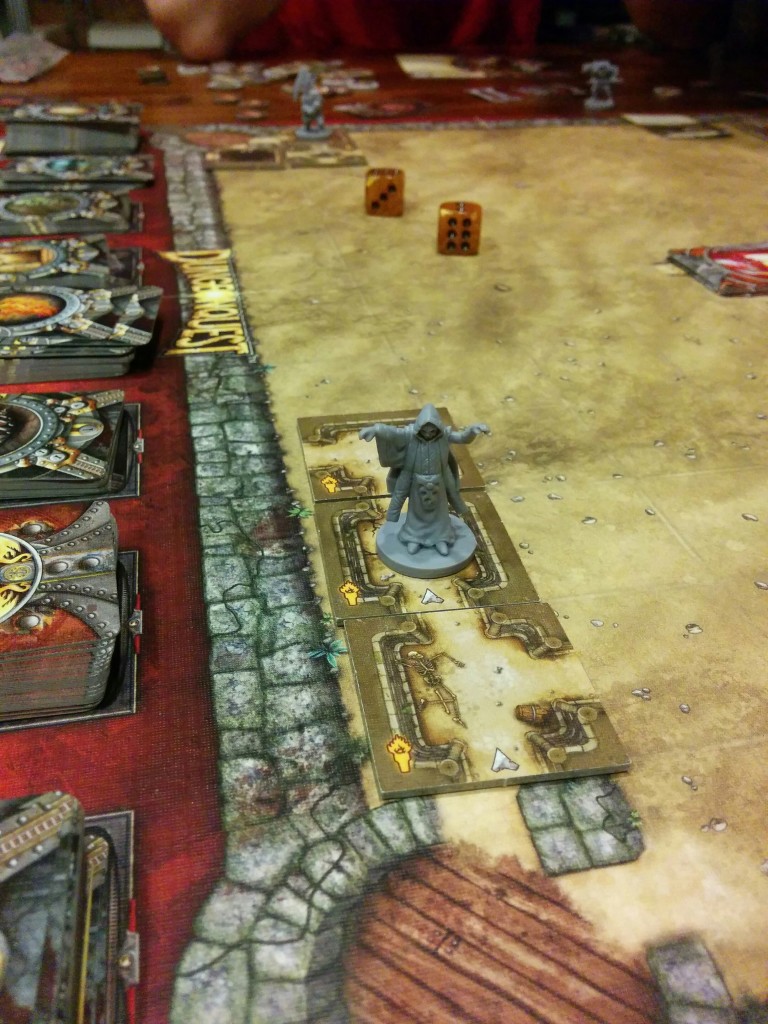 I didn’t do anything special for Back to the Future Day, but my gaming group did do a little time traveling tonight. We split into two groups and my table did some space colonization in Tiny Epic Galaxies before we went back to the time of dungeons and dragons in DungeonQuest.

When I was in junior high I played D&D, but I grew out of it as I entered high school. DungeonQuest isn’t a role-playing game, but it has all of the fun aspects of D&D: different characters with special abilities, monsters to be fought, and treasure to be gained.

And, of course, a big ol’ nasty dragon to wipe out you and your fellow adventurers.

I quickly learned that DungeonQuest is a brutal game. Getting to the dragon was hard enough and the various monsters, traps, and what-not could easily take you out. My first action resulted in my near-death and the other two players bit the dust within a few turns. We used a house rule that regenerated our characters and extended the game, but there was more death to come.

It was a lot of fun strolling through a dungeon again. And as long as the house rules permit multiple lives, I’m happy to do it again.