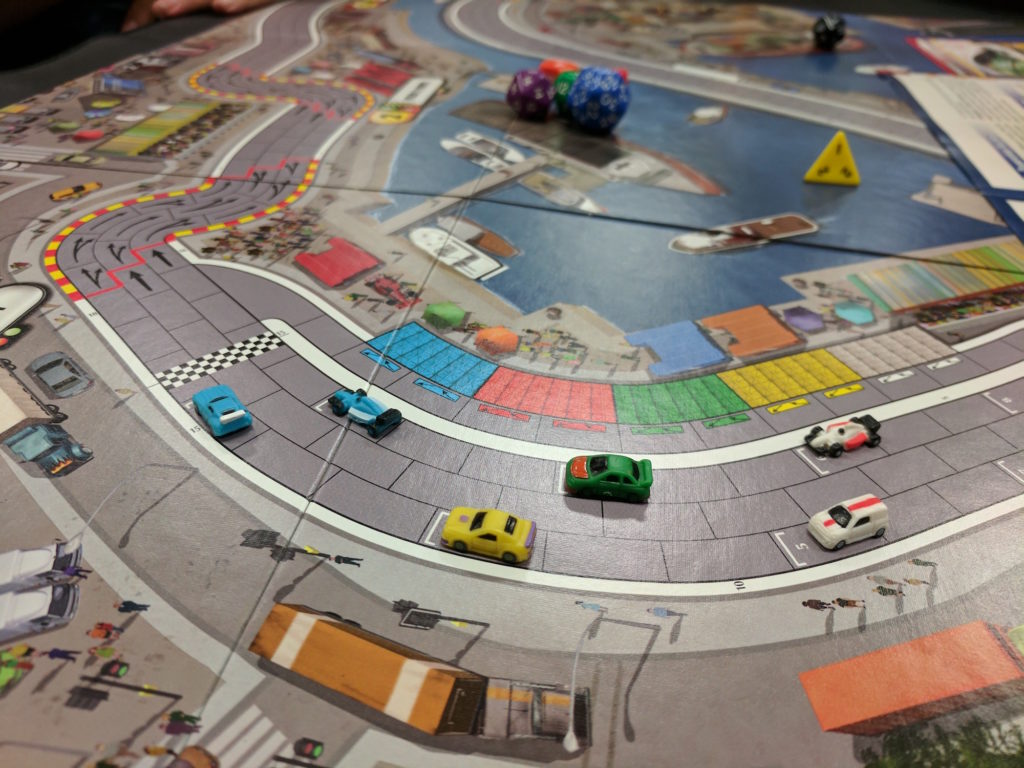 Tonight I was part of a six-player game of Formula D, a dice-chucking fest wrapped up in a racing theme. The familiarity of cars racing makes the game’s rules easy to grasp, especially for non-gamers.

Players are trying to race around the track and finish first. Each player gets a car and a board that keeps track of their gear shifting as well as any damage done to their car (the advanced game adds more, from more detailed damage trackers and special abilities), but both times I’ve played Formula D, the basic version was just fine.

One other rules tweak that I prefer: going around the racetrack once. I’ve only played for one lap and it seems like the three-lap rule would definitely feel like Formula D was overstaying its welcome.

Each turn, players roll a die corresponding to their current gear. First gear gets a d4, second gear a d6, etc. The bigger dice allow you to move more spaces, but the challenge is figuring out when to downshift before you hit one of the turns. This is what I like about Formula D: players are required to stop in the turns throughout the board, sometimes more than one time. If you don’t slow down, then your car is taking damage.

My gaming group had a great time playing tonight, thanks to my buddy Oscar, who brought in the game. We each had our lucky and unlucky dice rolls, and there were plenty of groans and shouts of joy. It’s a terrific party game and hopefully one day I’ll try the advanced rules that add layers of strategy.