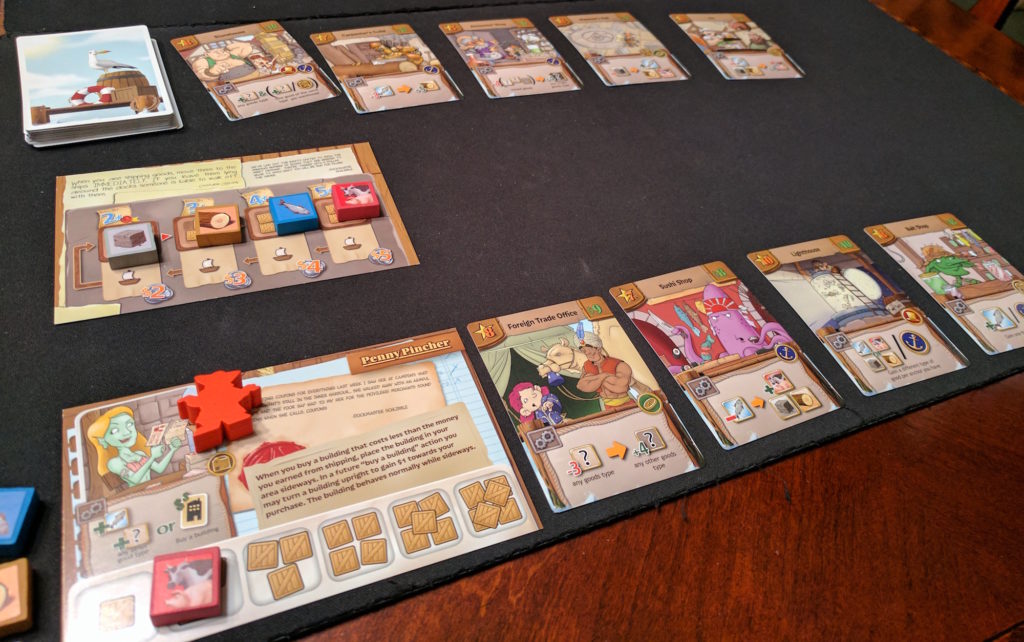 Two months ago I got Harbour off my Shelf of Shame and it’s a cool little worker placement game. Here’s what I wrote after I started playing it:

Players race to buy four buildings from a common pool first. Each building has a cost payable by one or more goods from the current player. On their turn, a player will send their worker meeple to a building and perform the action(s) listed on it; often, it’s to trade for more goods, which can then be used to buy a building. Players have a home base that they can return to for more actions, as well as travel to an opponent’s buildings to perform their actions (although this costs one good).

After a dozen plays (mostly solo), I still enjoy Harbour. Tonight I played the 20-move solo variant and scored 32 points, which is on the low end of what I usually get. There’s an official solo variant included with the game, but I haven’t played it yet since it seems fiddly: you have to keep track of a dummy player.

It only takes 15-20 minutes to play this variant and just like the regular game, you’re trying to optimize the amount of goods you receive that turn. With the 20-move limit, you need to get those goods ASAP in order to buy buildings. I typically end up with four buildings at or near my 20th move and score somewhere in the 30-point range.