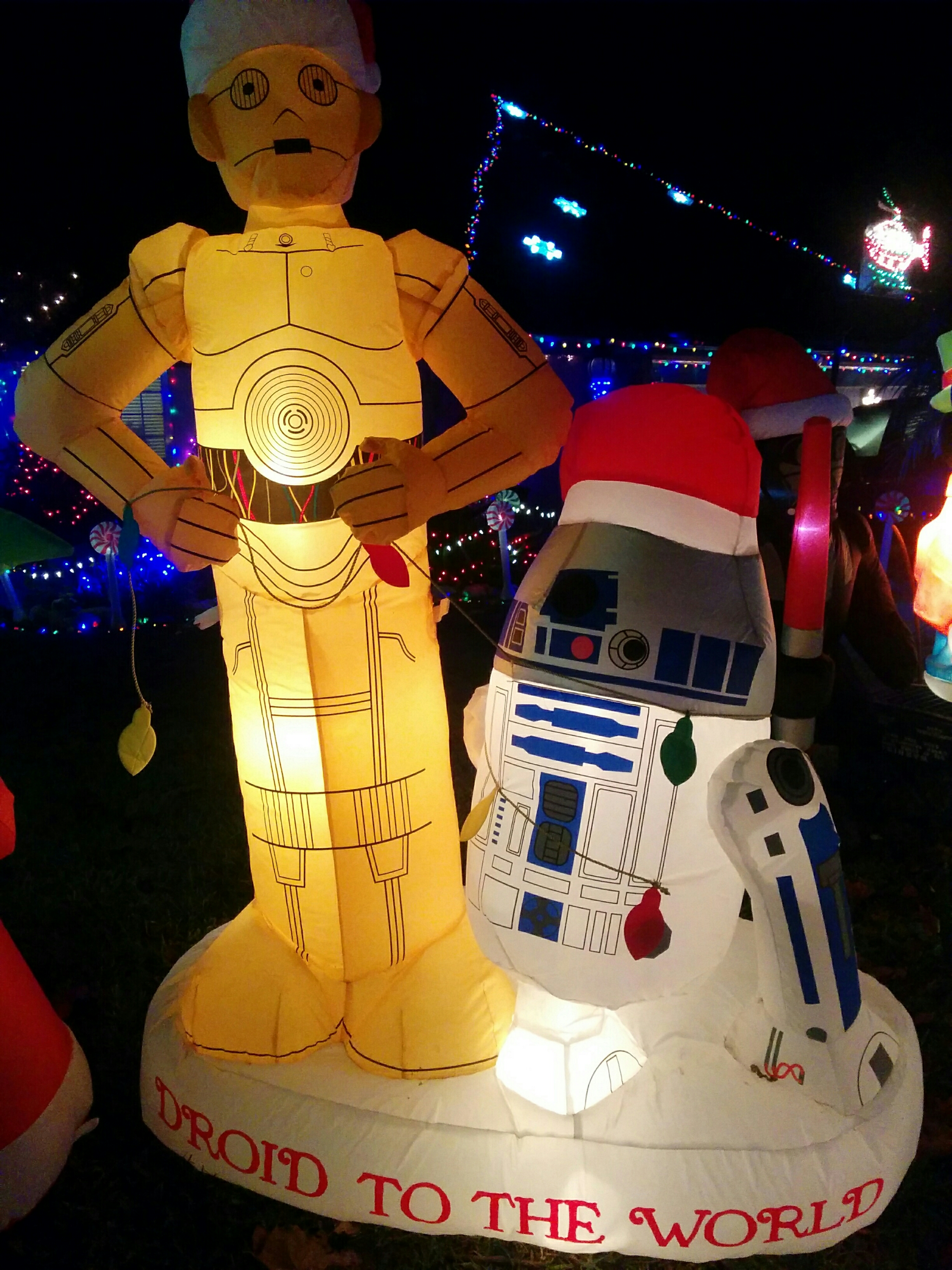 We took the family to Thoroughbred Street in Rancho Cucamonga tonight. The street is infamous for its over-the-top Christmas light displays and Southern Californians pack the neighborhood every year to enjoy the show.

The house pictured above has a few Star Wars decorations each year. I was hoping there would be a BB-8, but their droids were A-OK. 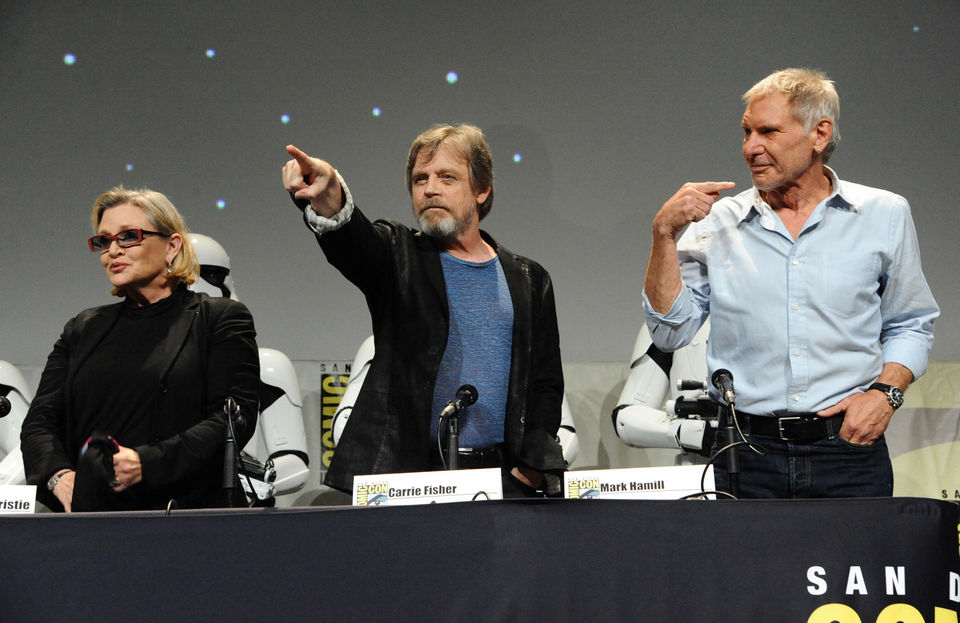 That’s the number of times I saw the original Star Wars in a movie theater.

Somehow I convinced my parents to let me go every time the opportunity presented itself. Whether it was with my cousins or classmates, I was not going to miss out on seeing the movie set in a galaxy far, far away.

I even saw an early bootleg copy on my uncle’s Betamax.

With The Force Awakens less than a month away, I’m curious to see how many times I end up seeing it. The last movie I saw twice in a theater was Avatar, thanks to the game-changing 3-D effects.

My wife and I have had our tickets for opening night for months (thanks to our local comic book store, which is hosting an early private screening) and I’m assuming that we’ll take our niece and nephew when they visit for the holidays. So that’s at least two times I’ll be in the theater. Of course, I’ll have to see it in IMAX, so that’s a third viewing.

But I don’t think I have the desire to see any movie 22 times in a theater. I’ll probably stop after the IMAX version. Of course, that won’t stop me from watching it at home several times after the Blu-Ray release … as long as J.J. Abrams doesn’t pull a George Lucas by adding a bunch of unnecessary CGI to everything.

In fact, can we start a petition for the Blu-Ray release to have FEWER lens flares? I’ve seen one in the trailers so far, but I’m sure there will be plenty more.

Note: This entry was inspired by this excellent article. If you lived through childhood during the 70s and 80s, you’ll appreciate it. 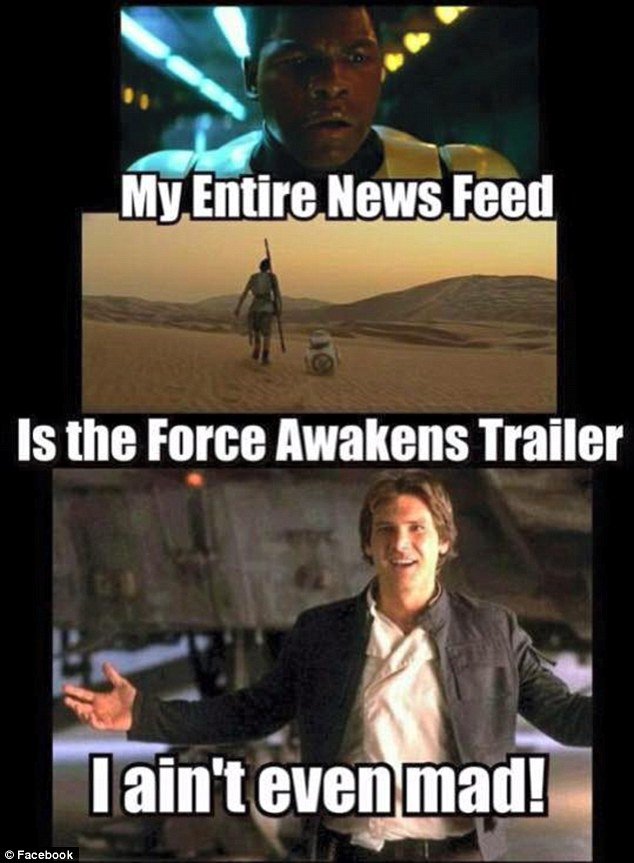 Regular readers know how fired up I am about Episode VII and I thought this was pretty funny. I was hanging out with my nephew and I played the Star Wars: The Force Awakens trailer on Youtube.

Me: You’ve seen it already?

Me (laughing): The Force is strong in our family.

Metaphors be with you.

Pictured above: a t-shirt that I LOVED, but my local store didn’t have my size.

It’s one of the most clever Star Wars-related shirts I’ve seen. I’ll be back soon to see if my size shows up when they re-stock. 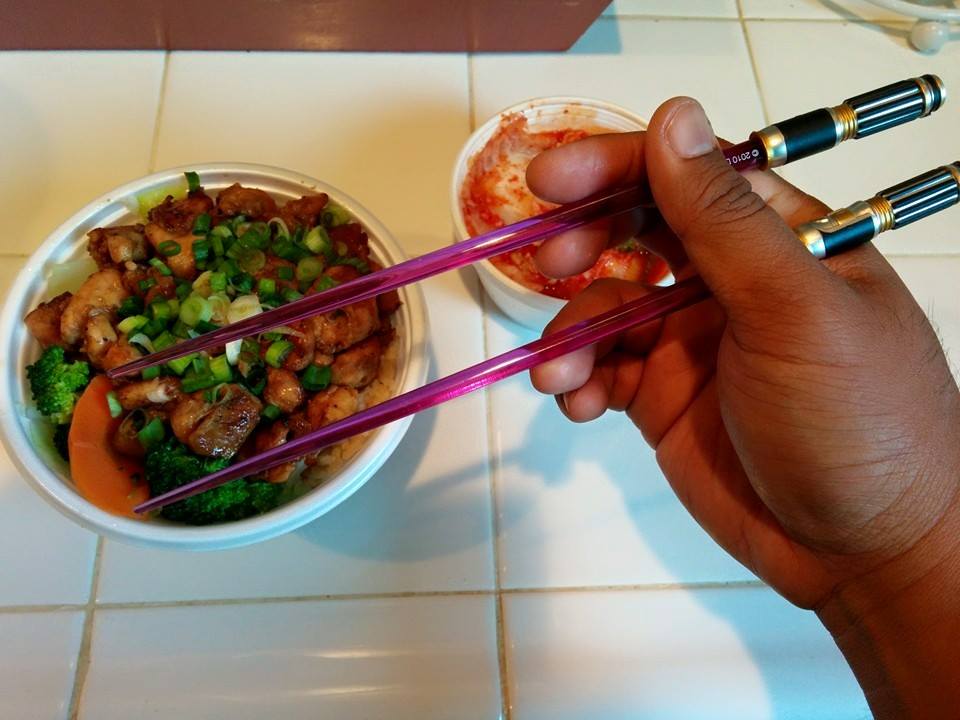