This is Day 18 of my Game-and-Blog-Every-Day-in-November Challenge. Search my blog for “Daily Game Challenge” for previous entries.

Fireball Island: The Curse of Vul-Kar 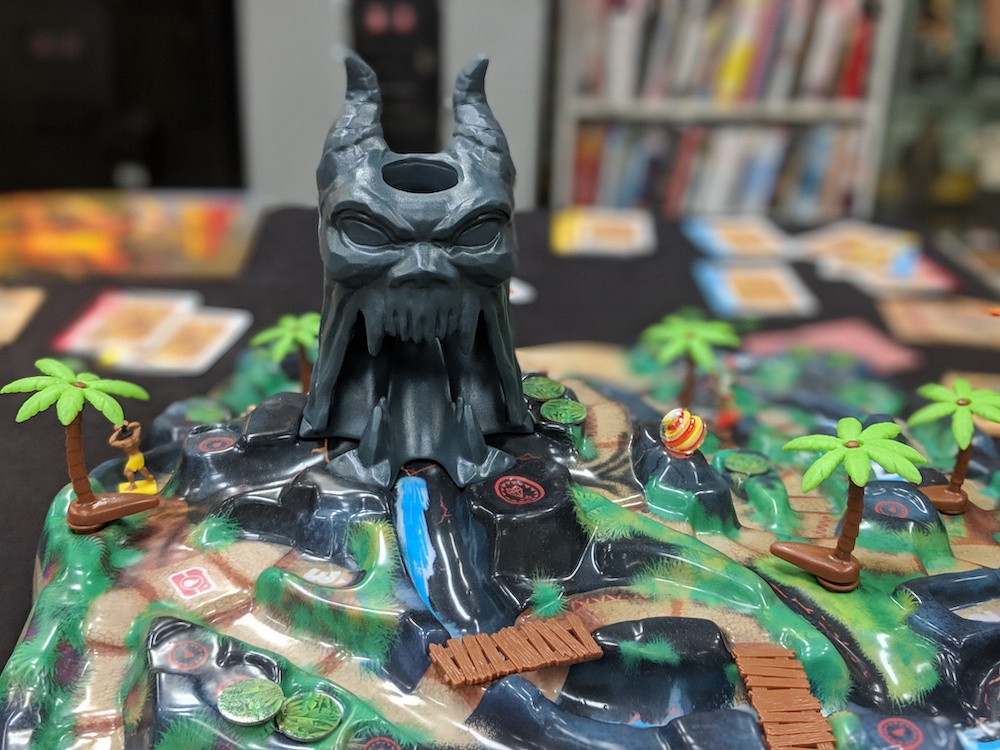 Fun! I never played the original Fireball Island so I can’t compare it to The Curse of Vul-Kar, but this new version was a blast. You’re trying to take three snapshots on the island and high-tail it back to the helipad to make your escape. Along the way you’ll collect treasures, steal the heart of Vul-Kar gem, and try to avoid the fireballs that come spewing out of  Vul-Kar.

This had a terrific nostalgic feel to it, with the dexterity challenge of flicking marbles down toward your opponents leading to all kinds of hilarity. It’s bascially a race since you’re trying to collect the three snapshots so you can be the first back to the helipad, which will give you an additional treasure, but there are also ways to score extra points via the action cards. You can also score via set collection by scooping up treasures as you travel around the island.

My buddy Jose and I actually tied at the end, but since he was the first off the island, he won on the tiebreaker. I’m sure we’ll be returning to Fireball Island often in the months to come.

This is Day 17 of my Game-and-Blog-Every-Day-in-November Challenge. Search my blog for “Daily Game Challenge” for previous entries. 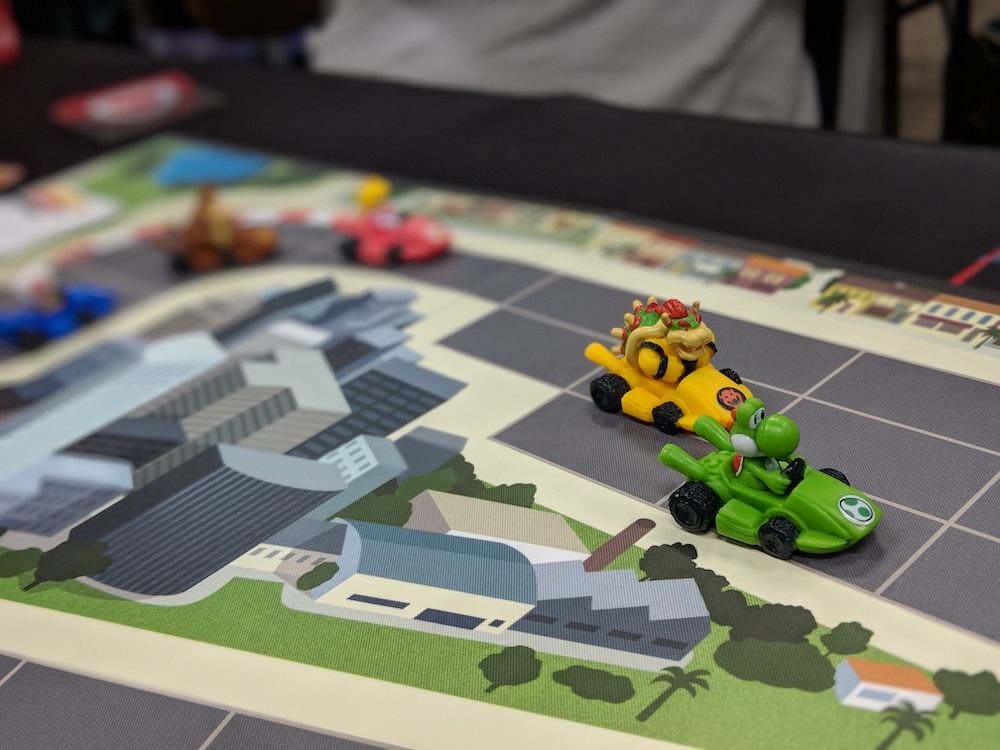 I recently got to play Downforce again, this time with the expansion track (the photo above is from an earlier play of the base game). While I liked the dice-chucking of Formula D, I’ve become more a fan of Downforce’s hand management mechanism. Formula D always seemed to go too long, although it was a blast for one lap with a bunch of players.

Best of all, I got to play Downforce with my buddy Oscar, who blinged out his copy with the Mario Kart characters. I’ve played that video game only a handful of times with my nephew, but it’s still fun seeing Mario and the gang out on the Downforce track.

And, yes, we listen to the Mario Kart music whenever we play Oscar’s copy of Downforce.