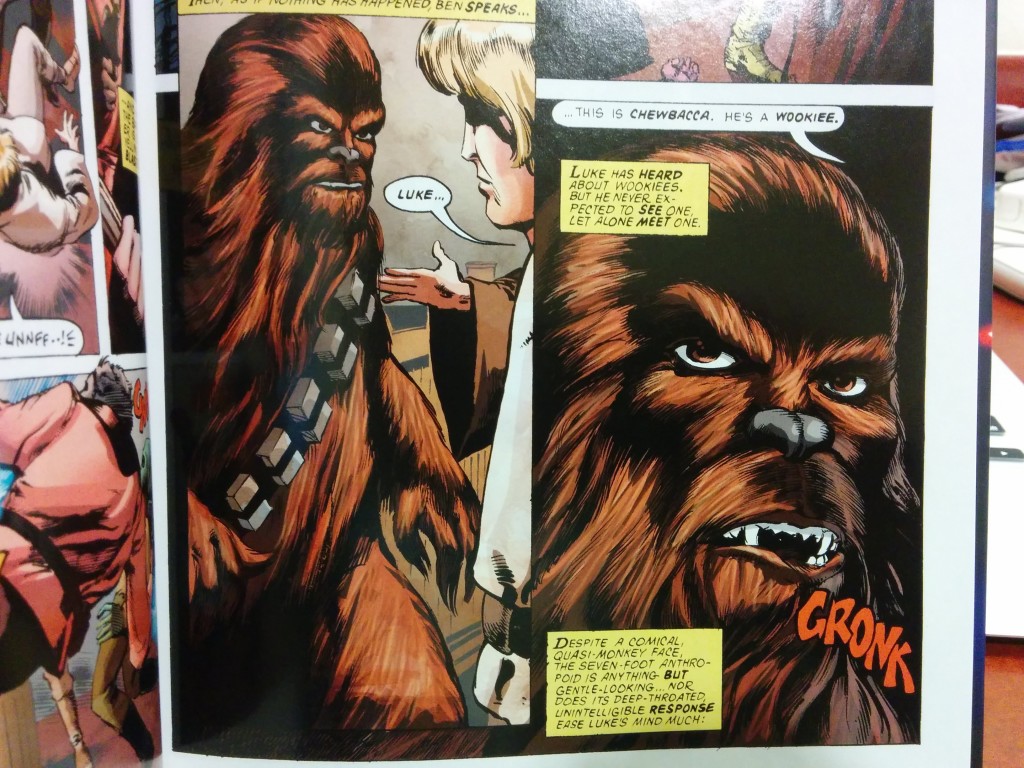 Today at the library I came across the reissue of the Star Wars comic from 1977. As a kid I wore out my oversized copy after numerous readings, even though I didn’t think the characters looked like the movie stars. I was so Star Wars-obsessed that it didn’t matter that Chewbacca looked like Bigfoot, Luke and Obi-Wan seemed more muscular, or that there were scenes that weren’t in the film.

The reissue of the first six issues in this hardback edition covers all of the Episode IV movie and features new coloring. I got through half of the book and two things stand out: Chewie still looks like Bigfoot (seen above) and the Special Edition scene with Jabba the Hutt is here, but with an entirely different take on the crime lord (seen below).

Also worth noting: there’s an early scene with Biggs and Luke talking about joining the Rebellion and Luke’s comment about the Tosche Station isn’t whiny at all. 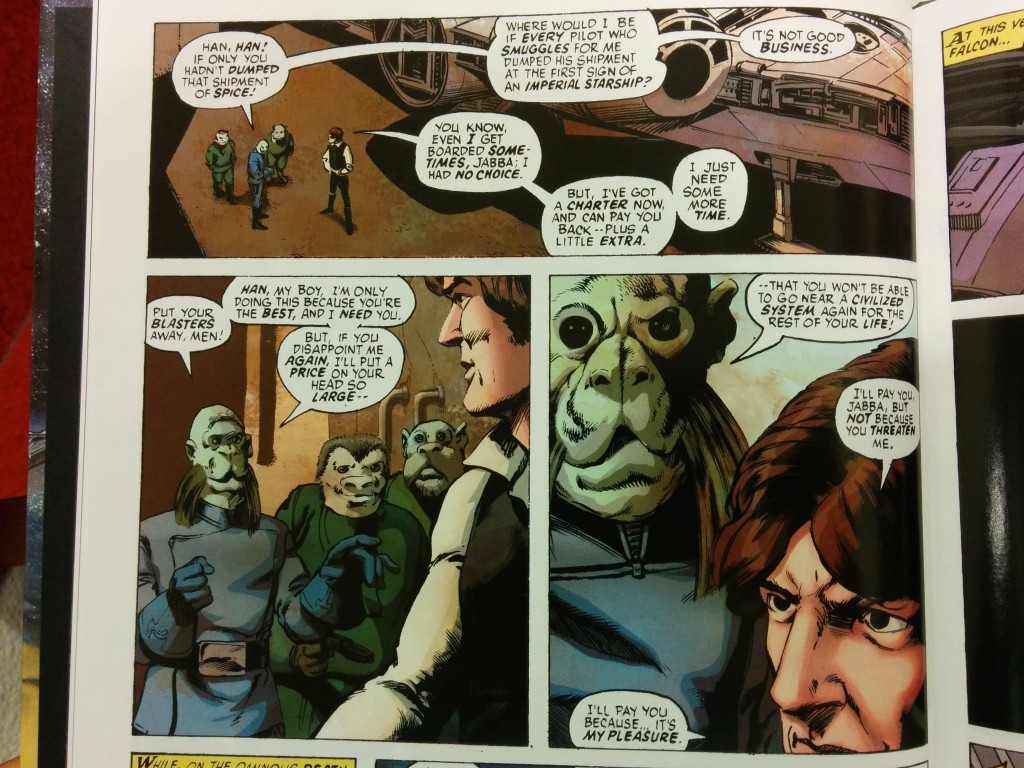 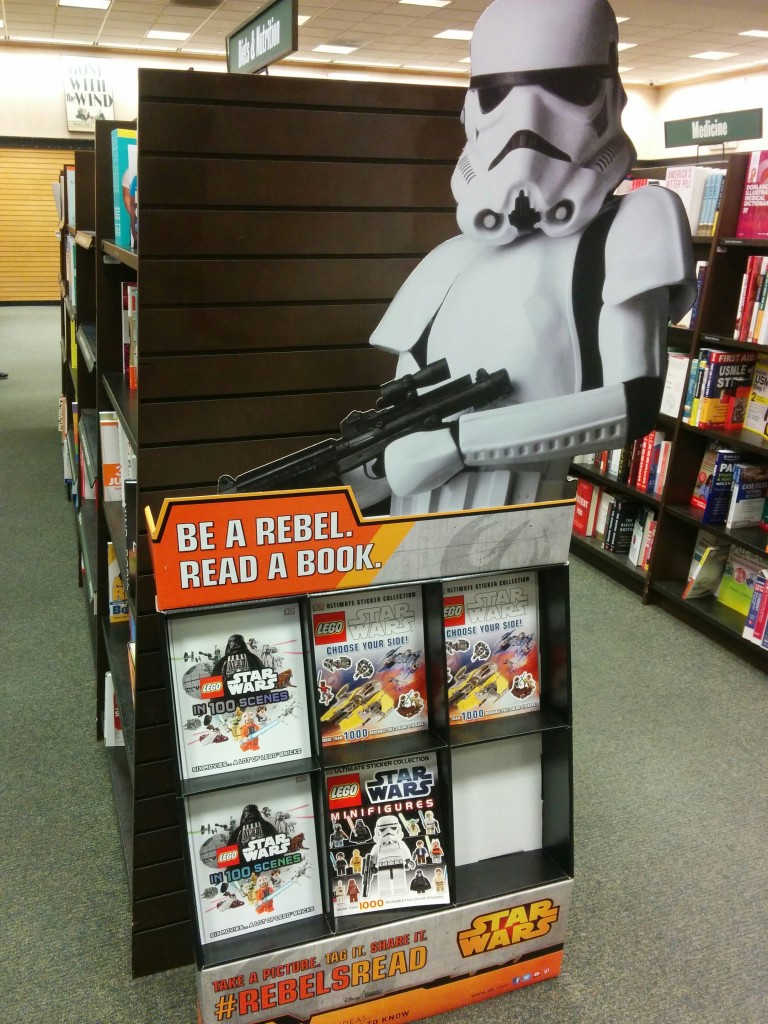 What’s not to love about Star Wars Reads Day? It’s Star Wars, it’s books … it’s two of my favorite things rolled into one ball of awesomeness.

Star Wars Reads Day is set for October 10th this year and libraries, bookstores, and other retailers will be celebrating with author signings and all kinds of festivities.

I’m fortunate to live in a town that still has a Barnes & Noble, something I did not think would still be possible in this day and age. I’ve got a few unread Star Wars books on my nightstand so I was able to resist the temptation of the store’s display shown above.

Then again, there’s still a week left to go … hopefully my wallet will resist any and all of B&N’s Jedi Mind Tricks.