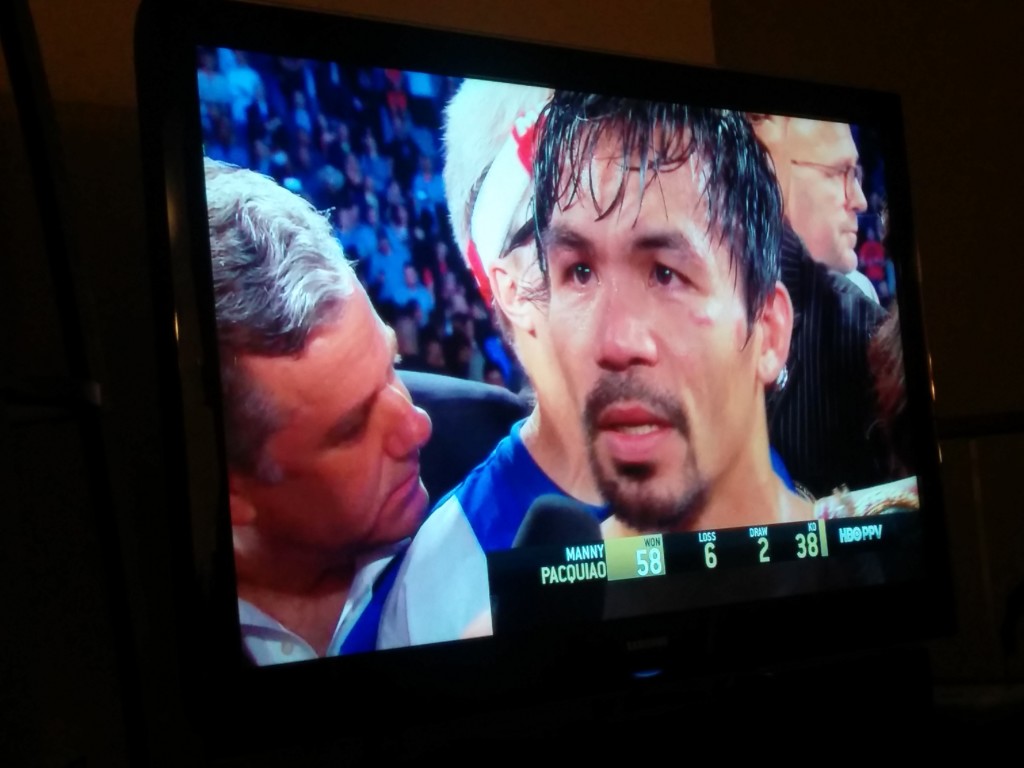 If there’s ever been a tweet I wish I’d written, it’s this one:

It’s a sentiment that I’m sure a lot of Filipinos and Filipino Americans share. Manny wasn’t the perfect boxer (too susceptible to counter-punchers like Marquez and Mayweather) or the perfect man (a womanizer and someone who has idiotic beliefs about gays), but he was one of us.

Twenty years ago if you would’ve told me that a Filipino boxer would one day be considered the best pound-for-pound fighter in the world and would headline the biggest pay-per-views year in and year out, I would’ve said you were crazy.

Growing up, my favorite boxers were Muhammad Ali, Sugar Ray Leonard, Marvelous Marvin Hagler, Thomas Hearns, Roberto Duran, Evander Holyfield, and Mike Tyson. They were the larger-than-life athletes that fans gravitated to, but it wasn’t until Pacquiao burst on the scene that I felt a kinship to a boxer.

He was our community’s brother, cousin, uncle, father; the one who represented you, good and bad. He showed the world the ferociousness of Ang Pambansang Kamao (The Nation’s Fist) inside the ring and the soft-spoken humility outside of it.

He did what any of us would’ve done in his position, whether it was hamming it up with Will Ferrell or chartering two planes for friends and family to one of his fights.

And those fights! From the moment he started collecting championship belts until last night’s trilogy-closing domination of Timothy Bradley, a Pacquiao fight was An Occasion, a family party filled with plenty of laughter and too much food. It was like a Filipino mash-up of the Super Bowl and Thanksgiving, as you cheered him on with your brothers, sisters, aunts, uncles, parents, cousins, long-lost cousins, pseudo-family members, and random strangers. We made predictions of his fights and debated his place among boxing’s immortals, but not before stuffing ourselves from tables overflowing with food and drink.

While I’ll miss his fights and the parties, I’m rooting for him to stay true to his retirement. He has nothing left to prove and we all know about the damage that fighters suffer and its effect on their later years. I want to see him continue his public service to the best of his ability.

He’s my favorite fighter of all time, warts and all.