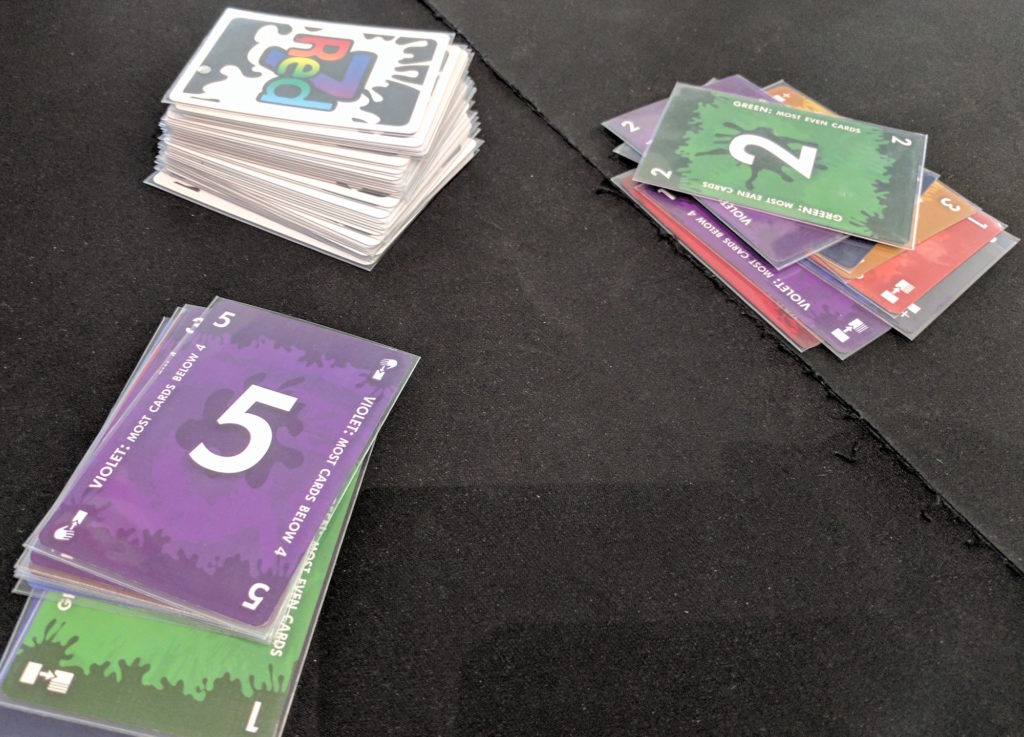 As I’ve written before, I volunteer at a local high school every week, leading a board games club. Today we had a full house, with eight of our regulars playing games, along with a few more who dropped in. I taught one group Indigo, which they enjoyed, while the other group played Qwixx Deluxe. When things started winding down I played a few games of Red 7 with the remaining students.

Red 7 is a surprising little card game by Carl Chudyk, whose credits include Mottainai, Innovation, and the legendary Glory to Rome. In Red 7 players must be winning the game at the end of their turn or they are eliminated. On their turn a player must choose one of three actions:

Like other Chudyk games, cards have multiple uses. For Red 7, when a player plays a card to their palette, they are using the number and color on the card. The game begins with the rule of highest card wins, so whoever has the highest card showing is winning. Any ties are broken by using the hierarchy of colors (red is the highest).

Each card has a rule change on it, so a player can discard it to change the rules of the game. For example, the game can be changed to most cards below 4 or most even-numbered cards.

If a player cannot play a card (or cards) without meeting a winning condition, then they’re out. Last player standing wins.

Red 7 is one of my favorite filler games. It’s simple enough for newbies to pick up quickly, but with enough interesting decisions in each game to maintain more seasoned gamers’ interest. The advanced rules allow for additional actions as well as a scoring option, so you can tailor the game to your group’s experience/interest level. For only about $10, it’s a real gem and should be in every gamer’s collection.