I didn’t get to play as many games as I wanted to last month, so I decided to do another game-and-blog-every-day-for-a-month challenge. I’ve done this before, back in August 2016 and May 2017.

Tonight I started off with two quick solo games. 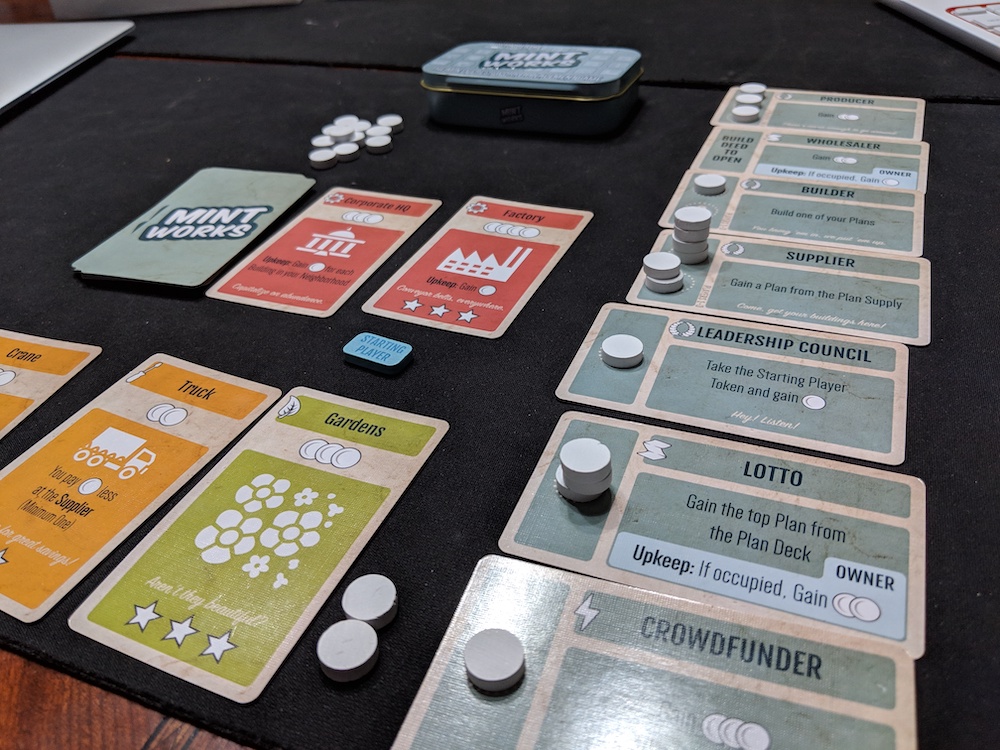 I appreciate how streamlined Mint Works is; not just its minimal components, but its stripped-down worker placement mechanism. Place a mint on one of the action cards, take that action, then your opponent does the same (four different AI opponents for the solitaire variant). You’re in a race to get to seven points by converting your mints into plans, then turning them into point-scoring buildings in your neighborhood. Four-player games take about 15 minutes and I can knock out a solo play in less than five minutes. The AI opponents are no joke; they have different styles of play and provide a good challenge. 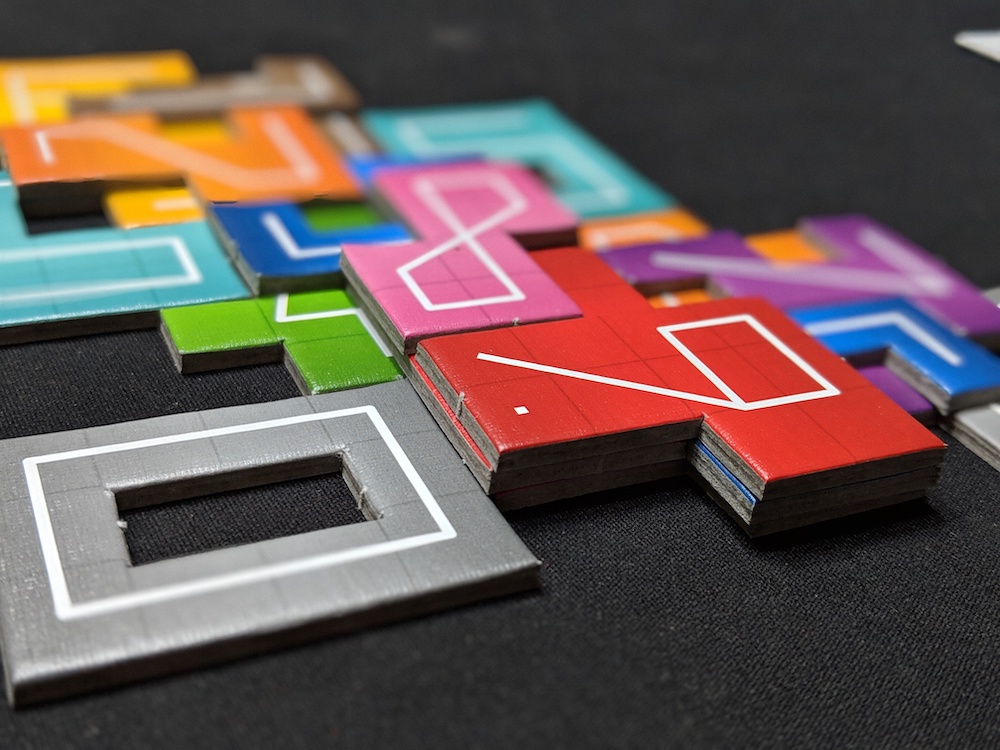 NMBR9 is an excellent game no matter what the player count. At my local game night we’ve combined two sets in order to accommodate up to eight players. The solo game can be played in about five minutes once you get the rules down. Place number tiles adjacent to previous tiles, then slowly build on higher levels to score more points. The tricky part is making sure you don’t have too many empty spaces since pieces must be supported by at least two previously placed numbers. This is one of my favorite puzzle-style games and is always a hit with new and veteran gamers alike.